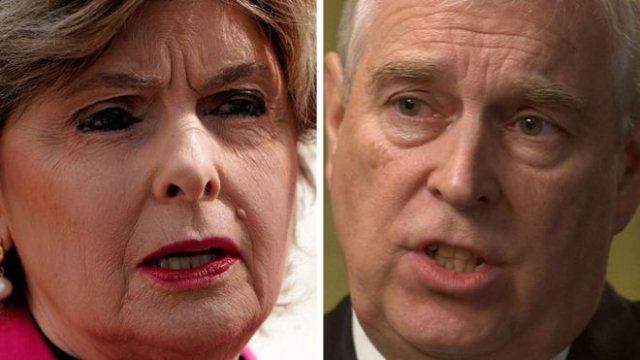 The Duke of York should put himself forward to be interviewed by US investigators, a lawyer representing some of Jeffrey Epstein's victims says.

Gloria Allred questioned Prince Andrew's pledge that he would assist with probes into the convicted sex offender "if required".

She urged him to contact US authorities "without conditions and without delay".

Her comments came hours after the duke announced he is stepping down from royal duties over the scandal.

In a statement announcing his decision, Prince Andrew said the ordeal had become a "major disruption" to the Royal Family and that he is "willing to help any appropriate law enforcement agency with their investigations if required".

Ms Allred said that while she is "glad" he is willing to cooperate, the meaning of his statement is not clear.

"Is he insisting that he be served with a subpoena to testify, or is he willing to speak to law enforcement without being legally required to do so?" she asked.

"My clients who are victims of Jeffrey Epstein have spoken to law enforcement without being 'required' to do so."

Asked on BBC Newsnight what the next steps will be if Prince Andrew does not volunteer to be interviewed, Ms Allred said there are two "tracks".

"One is the criminal justice investigation to see if charges should be filed in reference to anyone who might have knowingly conspired with Mr Esptein to recruit and to sex traffic underage girls to him," she said.

The other, she said, concerns civil lawsuits, such as one she filed this week for her client Jane Doe 15, who claims Epstein sexually abused her when she was 15.

Jane Doe 15 has not accused the duke of any wrongdoing but has called on him to come forward with more information.

Ms Allred said: "I haven't made a determination yet as to... whether we will need to take Prince Andrew's deposition. But I'm saying he should provide it in any civil case as well, where his testimony might be relevant."

She added that other civil lawsuits are due to be filed.

The duke's Newsnight interview was "upsetting" for some of her clients because he "did not show very much feeling" for them, she said.

Ms Allred's daughter and fellow lawyer Lisa Bloom, who represents five of Epstein's victims, tweeted that Prince Andrew "must cooperate with all investigations, show up for civil depositions and trials, and produce all documents".

"We are just getting started," she wrote.

Prince Andrew, 59, said he deeply sympathised with Epstein's victims and everyone who "wants some form of closure".

The duke has faced a growing backlash following a BBC interview about his friendship with the US financier, who took his own life in August while awaiting trial on sex-trafficking charges.

Virginia Giuffre, one of Epstein's accusers, claimed she was forced to have sex with the prince three times. The duke has always denied any form of sexual contact or relationship with her.

The announcement that he would be stepping down from public duties, described by Buckingham Palace as "a personal decision", was taken following discussions with the Queen and Prince Charles.