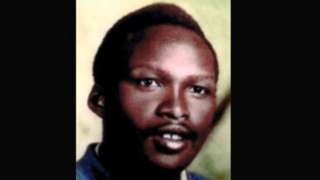 A UN tribunal has announced the death of another Rwandan genocide fugitive, who was among the last five accused still at large.

The UN's Residual Mechanism of International Criminal Tribunals announced on Wednesday that it had determined that Phénéas Munyarugarama died in 2002 in eastern Democratic Republic of Congo.

It said in a statement that it was able to conclude “following a comprehensive and challenging investigation" that Munyarugarama “died from natural causes on 28 February 2002”.

Munyarugarama, a former Rwandan military commander, had been charged with eight counts including genocide and crimes against humanity.

"For the victims and survivors of Munyarugarama's crimes in the Bugesera region, we hope this result brings some closure," the tribunal's chief prosecutor Serge Brammertz said in the statement

The latest announcement follows last week’s confirmation by the tribunal of the death of Protais Mpiranya, another top remaining wanted suspect.

They were targeting members of the minority Tutsi community, as well as their political opponents, irrespective of their ethnic origin.