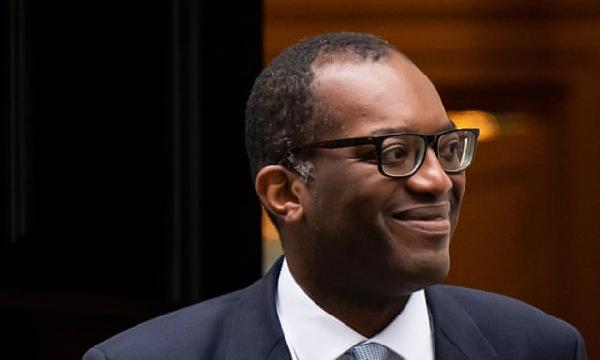 The Mirror newspaper has apologised for a "terrible error" after it mistook another man for Chancellor Kwasi Kwarteng in an online story.

Mr Kwarteng called out the newspaper on Twitter with a screenshot of the story about him, which erroneously used a picture of a different man outside a Treasury building.

"That isn't me," tweeted the chancellor.

The Mirror said it would "redouble our efforts" against racism.

The story headlined "Kwasi Kwarteng says he had to do 'something different' after causing budget chaos" instead pictured Bernard Mensah, the president of international for Bank of America.

Mr Mensah had been among representatives of US banks meeting the chancellor at the Treasury on Wednesday.

That isn’t me… @DailyMirror pic.twitter.com/rcxn4VjoNW

The Mirror said in a statement on Twitter: "This morning a picture in a story about Kwasi Kwarteng was wrongly captioned on the Mirror website.

"This was a terrible error and we apologise to Mr Kwarteng and all our readers.

"The Mirror has a long history of working against racism and we will redouble our efforts on this."

The wrong image appeared underneath a link promoting Black History Month stories on the Mirror website.

"You'd think, given the coverage he's received this week, that most people in the press would know what Kwasi Kwarteng looked like…"

Another person tweeted: "Bad from the Mirror, but they corrected their error over two hours before Kwasi Kwarteng tweeted about it.

"Now ask him a question about the economy and he'll go into hiding again."

Mr Kwarteng became the first black chancellor of the UK when he took up his role last month.