Today, the door swings shut on the Elizabethan era 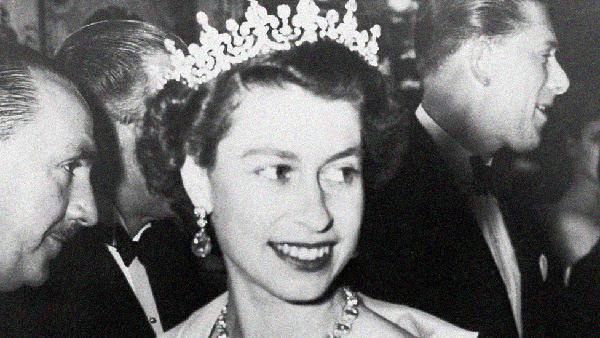 For two minutes today the drumming will cease, the pipers will fall silent, the march of boots on procession routes will still.

For two minutes today, at the end of the funeral service in Westminster Abbey, before the national anthem is heard, before the coffin is taken away for committal and burial at Windsor, there will be silence.

And a door will swing shut.

A reign of seven decades will come to a close. For 10 rather bewildering days we have spoken of the Queen and the new king as if they could somehow both be with us.

Today that long week of transition comes to an end.

In the earliest years of her reign, a new Elizabethan Age was proclaimed by some. Such was the excitement over the young queen, the marvels of technology and the new prosperity, after the grinding grey of the depression years, the sacrifice of World War Two and the hard road of recovery after it.

She - wise in her earliest decades to fickle fashion - dismissed all that talk. But if this was not an age - and who are we to contradict her? - then it was an era, the Elizabethan Era.

Over decades of wrenching change, she was constancy, for a largely still-conservative country. That profile on the stamps, that voice at Christmas, that bowed head on Remembrance Sunday.

Today the door swings shut on that.

It swings shut too on "Prince" Charles, on his many decades as Prince of Wales.

His staff always bridled at the idea of him as an understudy or apprentice, pointing to his decades of achievement, of carving out a distinct role.

His challenge, once Royal Mourning is over, is in part to enjoy - and show that he enjoys - the role of monarch.

His mother understood that part of the job was to rally people - to take people's minds off bills and dull jobs and complaining relatives, to entertain and divert and sometimes delight.

That he did good work as prince, transforming so many lives for the better, is unquestionable. But often, alongside, the impression given was that things were grim, that there was a lot of cause for complaint. The word "appalling" seemed to come up a lot.

Now the door swings shut on that. Britons want to see the best of themselves reflected in their sovereign.

And, as the silence stretches out across Westminster, across the capital and the country, the door swings shut on Elizabeth, on the woman known to so many and never really known at all, on the little girl known to her grandpa as Lilibet.

In The Unseen Queen, the BBC's beautiful documentary of family-filmed footage of the young princess, Lilibet prances and dances, pranks and laughs. Her eyes shine with laughter. And they shine with love, for her father, the king who would die so early, and her husband Prince Philip, who would be by her side for so long.

Over the decades that prancing, dancing, loving girl and young woman was by necessity put out of sight. This past week have come reminders from friends and confidantes, and those members of the public she let into the secret, that Lilibet was always there.

She introduced the documentary.

"You always hope that future generations will find them interesting," she said of the family films, "and perhaps be surprised that you too were young once".

No-one should be too surprised. Because in her final months, that youthful Elizabeth, that Lilibet, returned to public view with that playful gleam in her eye, drawing a marmalade sandwich from her handbag.

The handbag is closed. The gleam is now a memory. And today the door swings shut.