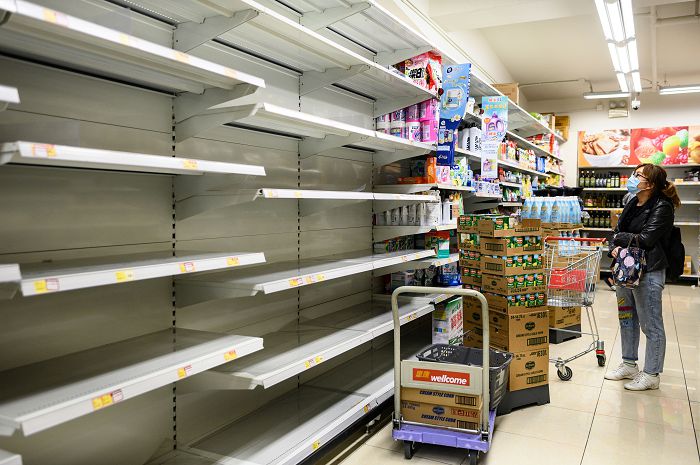 Shelves are empty in some Hong Kong supermarkets. Toilet rolls, tissue paper, bleach, and even soap have sold out.

The panic buying began earlier this week and has continued through today, sparked by rumors online that mainland China would stop exporting these goods -- specifically toilet paper -- to Hong Kong, as more borders between the two places close.

The Hong Kong government has denied the rumors and appealed for calm. Emergency measures, including closing several borders, "will not affect the freight services between the Mainland and Hong Kong," the government said in a statement.

"Besides, the Government has confirmed with the major suppliers that the supply of food products remains normal and there is no shortage of food. There are sufficient stocks of staple food including rice and pastas. There is no need for the public to worry."

But the warnings don't seem to have had much effect -- one supermarket's online shopping site is so swamped that users have to join an online queue, with a wait stretching for more than an hour.

Popular American Gospel singer, Don Moen, through his charity, is putting up an…

Belarus has reported its first coronavirus infection, BelTA learned from the…

Match Officials for Match week 12 have been announced.

The Leadership of Parliament has backtracked on its threat to sanction…