Twitter to set up its first African presence in Ghana 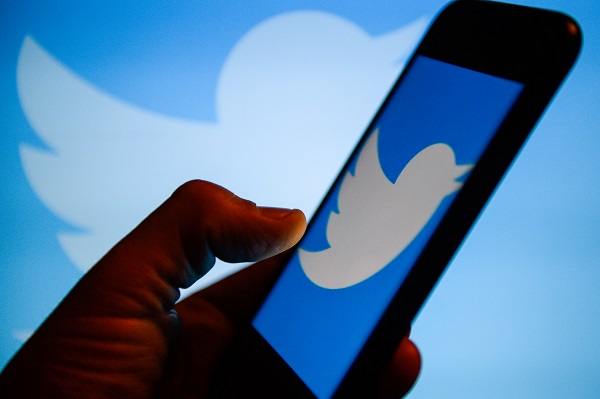 Twitter CEO Jack Dorsey, via a tweet today, announced that the company would be setting up a presence in Africa. â€œTwitter is now present on the continent. Thank you, Ghana and Nana Akufo-Addo,â€ he said.

In a statement attached to the tweet, Twitter says it is now actively building a team in Ghana â€œto be more immersed in the rich and vibrant communities that drive the conversations taking place every day across the continent.â€ 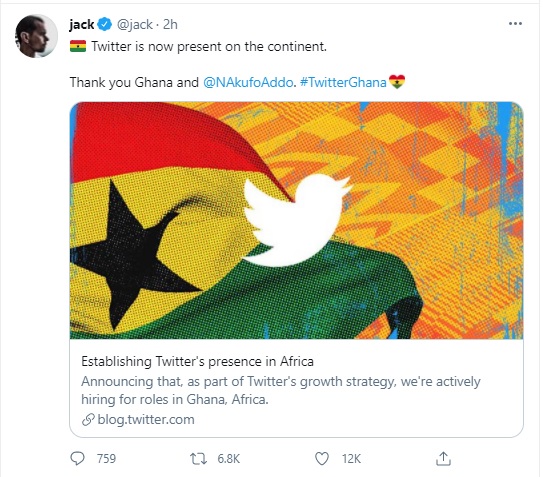 Twitter indicated several roles from product and engineering to design, marketing, and communications for job openings in the company. However, individuals will fill these roles remotely as Twitter makes plans to establish an office in the country later.

Ghanaian President Nana Akufo-Addo, enthused about the news said â€œthe choice of Ghana as HQ for Twitterâ€™s Africa operations is excellent news. Government and Ghanaians welcome very much this announcement and the confidence reposed in our country.â€

He also revealed that he held a virtual meeting with Dorsey on the 7th of April, where the two parties might have finalized the deal.

â€œAs I indicated to Jack in our virtual meeting on 7th April 2021, this is the start of a beautiful partnership between Twitter and Ghana, which is critical for the development of Ghanaâ€™s hugely important tech sector. These are exciting times to be in and to do business in Ghana,â€ he added.

According to Twitter, the decision to kick off its African expansion with Ghana stems from the countryâ€™s dealings with AfCFTA and its openness towards the internet.

â€œAs a champion for democracy, Ghana is a supporter of free speech, online freedom, and the Open Internet, of which Twitter is also an advocate. Furthermore, Ghanaâ€™s recent appointment to host The Secretariat of the African Continental Free Trade Area aligns with our overarching goal to establish a presence in the region that will support our efforts to improve and tailor our service across Africa,â€ the statement read.