Uganda's Museveni to contest 2021 elections after becoming President in 1986 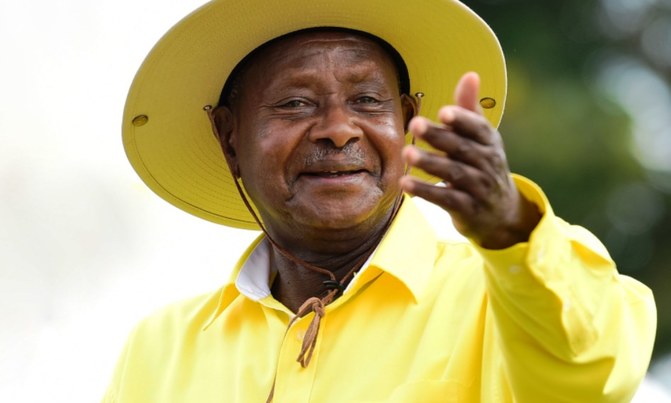 Mr Museveni has ruled the country since 1986 when he rose to power through an armed struggle.

A law passed in 2017 removed a constitutional age limit for presidential candidates making it possible for Mr Museveni - who is 76 - to run again.

Small groups of his supporters dressed in the ruling party's colour yellow lined the streets on Monday singing and dancing, to welcome the president's motorcade to the nomination venue.

The president has shared pictures of the event on Twitter:

One of the president's challengers, the musician-turned-opposition politician Robert Kyagulanyi also known as Bobi Wine, is scheduled to be nominated by the electoral commission on Tuesday.

The electoral commission has banned public campaign rallies. Candidates are expected to campaign through mainstream media and on social media platforms.