Unemployment surges to 4.5% in August as pandemic hits jobs 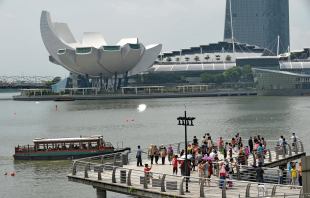 The UK unemployment rate has surged to its highest level in over three years as the pandemic continues to hit jobs.

The unemployment rate grew to 4.5% in the three months to August, compared with 4.1% previously.

Meanwhile, redundancies rose to their highest level since 2009, the Office for National Statistics (ONS) said.

It comes as the government prepares to impose tough local lockdown rules that will force some businesses to close.

Jonathan Athow, the ONS's deputy national statistician for economic statistics, said there had been a "sharp increase" in those out of work and job hunting since March.

"Overall employment is down about half a million since the pandemic began and there are particular groups who seem to be most affected, young people in particular," he told the BBC's Today programme.

He said a large number of redundancies had been focused on certain sectors. "So you're seeing things like hospitality having high levels of job losses. Also some places like travel agencies and employment agencies."

According to the ONS, an estimated 1.5 million people were unemployed between June and August, while redundancies stood at 227,000.

The number claiming work-related benefits, meanwhile, hit 2.7 million in September - an increase of 1.5 million since the beginning of the crisis in March.