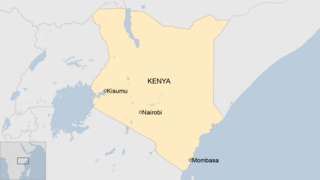 The US embassy in Kenya has warned American citizens against travel to the lakeside city of Kisumu ahead of next week’s general election.

In a security alert, the embassy says election-related demonstrations may occur in the western city, and in some instances may turn violent.

"Election-related demonstrations and rallies regularly take place in the run-up to the election and are likely to continue, at times blocking key intersections and causing traffic jams," it said.

Kisumu is seen as the political bedrock of Mr Odinga.

Police on Tuesday arrested eight people in connection to hate leaflets reportedly warning some communities to leave the Uasin Gishu area of the Rift Valley region – where Mr Ruto is popular.

Kenyans will be voting for a new president, 47 county governors and senators, members of parliament and local area lawmakers on 9 August.