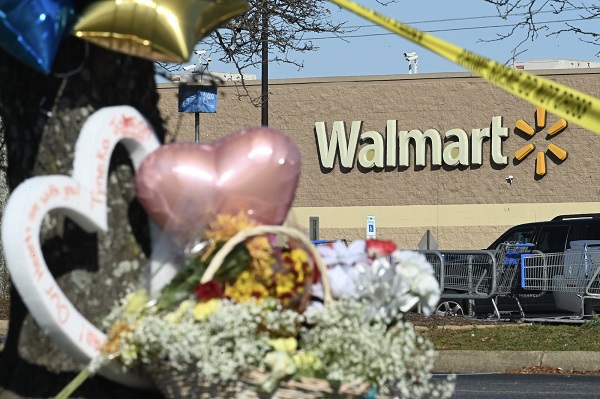 A longtime manager at a Walmart store in the US state of Virginia has shot dead six people and injured six others.

Officers were called to the busy branch in Chesapeake after the gunman opened fire on colleagues in a staff room.

He then turned the gun on himself and died of a self-inflicted gunshot wound, officials said.

There is no clear motive for the shooting. Police are not searching for anyone else in connection with the attack.

READ ALSO: Gunman kills up to 10 in Virginia Walmart store

The police have identified the gunman as 31-year-old Andre Bing. They said he was armed with a handgun as well as multiple magazines.

Walmart said he was an "overnight team lead" who had been employed there since 2010. "We are focused on doing everything we can to support our associates and their families," the company said.

Of the six injured, two are known to be in a critical condition while one is in a stable condition.

The first call to police was made at 22:12 local time on Tuesday (03:12 GMT Wednesday) and officers arrived at the supermarket within two minutes.

They entered the building shortly after, and the scene was declared safe around an hour later once it had been cleared of the 50 people who were inside at the time, and all the victims had been located.

Processing the crime scene would probably take several days, Police Chief Mark Solesky told a news conference on Wednesday, adding that the investigation was being carried out with the help of the FBI.

An eyewitness - who was wearing a Walmart uniform - described what happened in footage that circulated on social media shortly after the attack.

He said he had left a staff room, which a colleague then entered before quickly opening fire.

Jessie Wilczewski told WAVY-TV that she hid under a table when the shooting started.

The store employee said the gunman had pointed his gun at her, then told her to go home.

"It didn't even look real until you could feel the pow-pow-pow. You can feel it," she said.

"I couldn't hear it at first because I guess it was so loud. I could feel it."

Several employees told CNN that the manager had previously exhibited paranoid behaviour, and had expressed concerns that the government was monitoring him.

A 16-year-old boy was also killed, but police are withholding his name due to his age.

Republican Virginia Governor Glenn Youngkin, meanwhile, ordered flags to be flown at half staff to mark the tragedy.

"There will be time for us to react and better understand but today is a moment where we need to support these families that are facing the unimaginable," he said.

President Joe Biden described the attack as "another horrific and senseless act of violence".

"I signed the most significant gun reform in a generation, but that is not nearly enough. We must take greater action," he said.

The shooting comes just days after a gunman opened fire at a LGBT nightclub in the US state of Colorado, killing five people and leaving 17 others with gunshot injuries.

This is not the first mass shooting at a Walmart store. Twenty-three people were killed in 2019 at a Walmart in El Paso, Texas. The gunman, who allegedly targeted Hispanics, is awaiting trial.