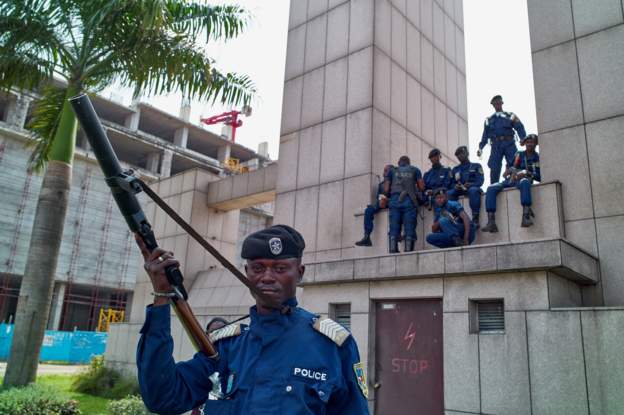 Police have fired tear gas to disperse hundreds of youths from the streets of DR Congoâ€™s capital, Kinshasa, early this morning, the Reuters news agency reports.

According to the Associated Press news agency, angry demonstrators began putting up barricades to demand that President Joseph Kabila step down after his mandate expired after midnight.

Opposition leader Etienne Tshisekedi has called on the people to peacefully resist Mr Kabilaâ€™s bid to remain in power until elections are held in April 2018.

The BBCâ€™s Thomas Fessy in Kinshasa says protesters blew whistles around midnight in different parts of the capital to signal the end of Mr Kabilaâ€™s term in office.

Repeated gunshots have been heard since then, he says.