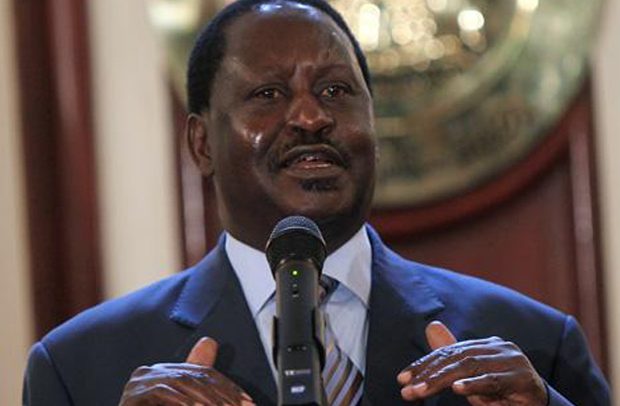 Mr Odinga, 72, is set to face incumbent President Uhuru Kenyatta, the man who beat him in 2013.

This will be the fourth time Mr Odinga runs for president.

The violence that followed led to the creation of a unity government in which Mr Odinga served as prime minister.

Mr Odinga will represent the National Super Alliance (Nasa), which is a coalition of the countryâ€™s main opposition parties including the candidateâ€™s Orange Democratic Movement.

The announcement was made at a rally at Uhuru Park in the capital, Nairobi.

Thousands of opposition supporters turned up and live video footage from the rally showed them breaking out into wild cheers as Mr Odingaâ€™s name was read out.

His running mate will be former Vice-President Kalonzo Musyoka. Mr Odinga is trying to run on an anti-corruption message and is also emphasizing that he is the candidate of national unity, says the BBCâ€™s Dickens Olewe.

President Kenyatta says that Kenya has achieved a lot of economic development under his government and he has managed to increase opportunities for the countryâ€™s large youthful population.