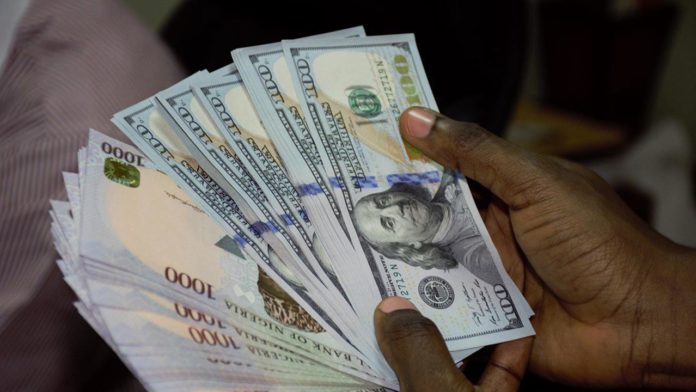 As a follow up on some monetary measures currently pursued by the Federal government through the countryâ€™s apex bank, the Central Bank of Nigeria has announced latest moves to further stabilize the currency and the economy in general.

Nigeria, has in the last 18 months experienced some of the worst economic recession in its political history with inflation on its currency â€“ the naira, towering at an all-time high rate.

The Central Bank of Nigeria (CBN) disclosed on Thursday 15th June that it will be issuing a special the next day (Friday 16th June 2017) in a bid to â€œmop upâ€ N200million from the public via the nationâ€™s banks.

The initiative is expected to curtail the naira inflation and continually push its value upward against the US dollar.

The Nigerian naira at the parallel market on Friday 16th June, was valued at N364 per US dollar.

Making the announcement on behalf of the Central Bank of Nigeria, the apex bankâ€™s Director of Communication, Mr. Isaac Okoroafor said: â€œthe CBN plans to mop up a total of N200.322 billion from the Nigerian banking system through a special Open Market Operation (OMO) at the rate of 16% per annum. The decision to mop up liquidity was in reaction to the maturity of N206 billion on Thursday June 15, 2017â€.

When asked about why CBN had decided on a rate of 16% for the securities, he said it was due to the falling rate of the countryâ€™s inflation expressing optimism that, it was due to fall even further.

The actions of the CBN as well as the Federal government of Nigeria under the Acting President, Prof. Yemi Osinbajo in resolving the currency inflation deadlock which the country found itself a few months ago, has attracted modest commendations from some quarters of Nigeria as well as the African and global community in general.

However while these efforts are on-going, there still remains some critical concerns to address in the Nigerian economy: the rising domestic gas prices, speculations of violence in some parts of northern Nigeria which has rather served as a distraction to the entire nation at the moment and has put a psychological restrain on potential investors, among others are a few areas that requires quick and decisive action not just from government but also the private sector or citizenry.