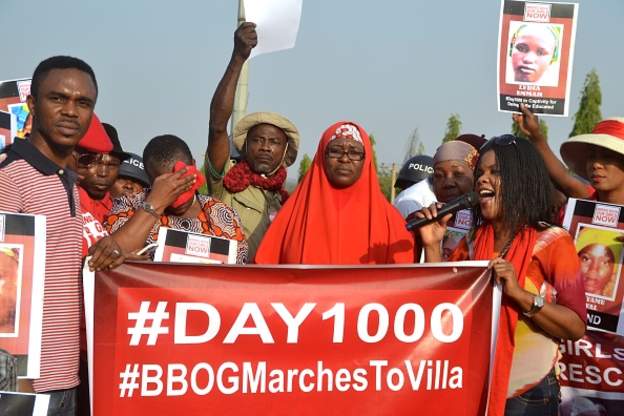 Nigeriaâ€™s government says it is still negotiating with militant Islamist group Boko Haram in a bid to secure the release of the remaining girls who were kidnapped from Chibok three years ago tomorrow.

In April 2014, 276 students were kidnapped from a school in Chibok, northern Nigeria and 197 are still missing.
In a statement, President Muhammadu Buhari said:

The Federal Government is willing to bend over backwards to secure the release of the remaining Chibok girls.

We have reached out to their captors, through local and international intermediaries, and we are ever ready to do everything within our means to ensure the safe release of all the girls."

Last year, Nigeria negotiated through intermediaries the release of a group of 21 of those kidnapped.

Others have been rescued or found after they escaped from where they were being held.

Thousands of other Nigerians have also been abducted and President Buhari said the government is "determined to secure the release" of all those who have been taken.

He also said that Boko Haram's ability to act has been depleted because of the efforts of Nigeria's army.