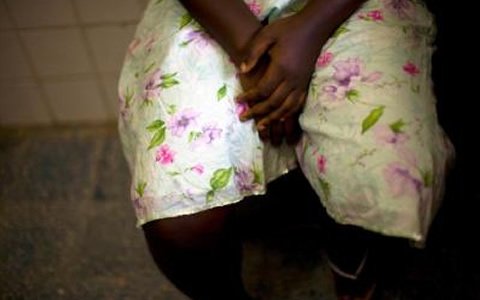 Police in the Western Region have arrested a 40-year-old man for allegedly committing incest by having sex his two daughters, and impregnating one of them in the process.

The man identified as Joshua Mensah last year moved his daughters, a 13-year-old and a 10-year-old from their mother in Accra to live with him at Sekondi.

The older daughter who is 13-years is currently five months 2 weeks pregnant. She dropped out of school after she went to stay with her father.

Mr. Mensah is said to have started defiling them right after he took them in last year and continued having sex with his daughters in Sekondi Pipe Ano, Esaaman and eventually Daboase where the matter was finally reported to the Police who arrested him.

Although the two girls (name withheld) reported their ordeal to their grandmother in Daboase, the woman was said to have rebuked them, claiming there was nothing wrong with their father having sex with them.

According to the girls, their father started having sexual intercourse with them about a year ago, noting their pleas to their father proved futile as he usually beats them whenever they attempt to resist.

The girls have been sent to the Effia Nkwanta Regional Hospital in Sekondi for pregnancy and other related medical tests. Detailed medical report is yet to be released by the hospital.

Their mother, 31-year-old Yaa Foriwaa, a kontomire seller in Accra, speaking amidst tears on Sekondi-based Connect FM said she got to know of the abuse when she went to Daboase to visit the girls who she had not seen for a very long time; only to find out their father had been having sex with them and impregnated one of them.

According to her, she first reported the matter to the Daboasehemaa who admitted the matter had come before her but the man denied.

Madam Foriwaa then reported the case to the Daboase Police who arrested Joshua and handed him to the Sekondi Police for investigation.

Joshua is likely to be charged with incest and defilment when he appears before court on June 1.