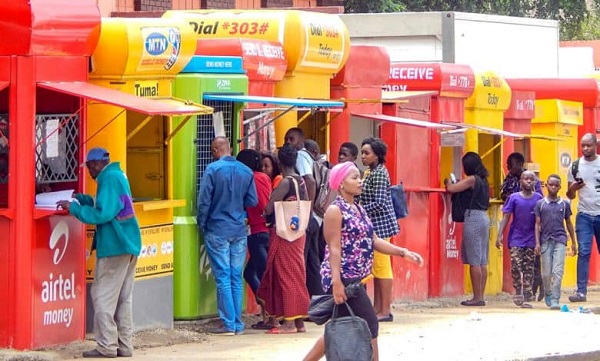 The Government of Ghana has announced a reduction on the electronic transfer levy (E-levy) charge from 1.5% to 1%.

This was announced by the Finance Minister, Ken Ofori-Atta when presenting the 2023 Budget on Thursday, November 30 in Parliament.

According to the Finance Minister, the daily threshold has also been removed.

"... the government has received several proposals for the review of the E-Levy and is working closely with all stakeholders to evaluate the impact in order to decide on the next line of action which will include revision of the various exclusions.

The headline rate will be reduced to 1 percent of the transaction value alongside the removal of the daily threshold."

The 1.5 percent levy which was introduced in the 2022 budget forms part of the Government’s efforts at raising revenues locally but prior to the reading of the 2023 Budget, Dr. Ken Ashigbey, the Chief Executive Officer of the Ghana Telecommunications Chamber  called on the government to reduce the E-levy from 1.5% to 0.1%.

He said the introduction of the e-levy at 1.5% has proven counterproductive to the government and the development of Ghana's digital economy.

According to him, a total scrap of the tax measure would be insensitive considering the government’s dire need for money amidst economic turmoil but reducing it to 0.1% would revamp the digital economy thus generating more revenue for the government.

Also, General Secretary of the Mobile Money Agents Association of Ghana, Evans Otumfour expressed the displeasure of the Association over the levy which he said a reduction is critical to saving their businesses.

“It is quite very high and exorbitant and so considering how difficult the economy is, and how things are really getting inflated every now and then, [the e-levy] is really compounding the situation.”

He was worried that if the 1.5 percent charge on every momo transaction is not reduced to encourage the use of the service, their businesses risk collapsing.

He confirmed a significant drop in the volume of transactions since the levy’s introduction.

“This has really affected volumes of transactions. It has really affected growth in the space and so as an association, we will request that Government should further reduce the rate to at least 0.1 percent but if the 0.1 is becoming difficult, Government will have to get to the extreme and reduce it to 0.5 percent”.

The 1.5 percent rate was a downward revision from the initially proposed 1.75 percent.

Mobile money transactions between 2017 and 2021 increased from GH¢1.55 billion to GH¢9.86 billion, but the figure has drastically reduced.