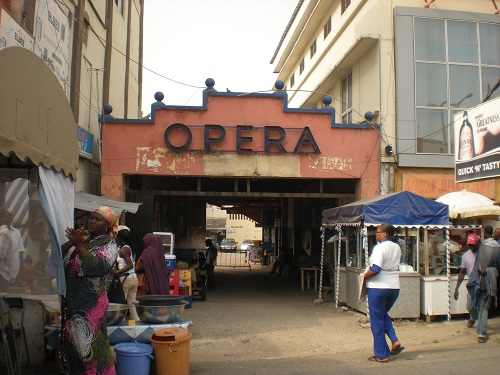 Some Ghanaian traders in Accra have locked up about 52 foreign shops at Opera Square today.

According to Citi FM's report, shops targeted are that of Nigerians and Chinese and as at the time of the report, about 52 shops had been locked up.

It was a violent scene as the Nigerians also resisted the attempt by their counterparts to lock up their shops.

One of the executives of the Ghana Electrical Dealers Association, the group leading the attack, Kofi Ofori said the activities of the foreigners are affecting their businesses.

"We are telling the foreigners to leave the market, we have a wholesale market for them and not the retail, it is not helpful we have tried our best to let them know that what they are doing is wrong but they will not listen..."

A similar incident happened last month at the Opare Square and Suame Magazine in Kumasi, shops of foreigners were locked up in protest of their involvement in the retail business.

But today's exercise by the Ghanaian traders was not met with resistance as most of the foreign traders allowed them to carry out their exercise.