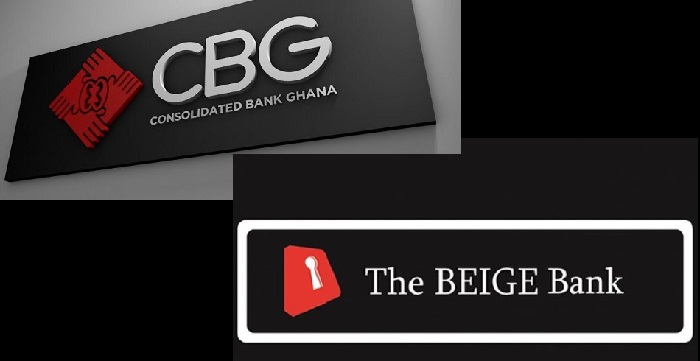 Bullion Teller with the defunct Beige Capital Bank and Cash Boy who allegedly conspired and stole an amount of GH¢200,000.00 from the Consolidated Bank Ghana Limited were on Tuesday put before an Accra Circuit Court

two, Bobic Kwamena Yeboah and Prince Ababio, were charged on three counts of stealing, and conspiracy.

They pleaded not guilty to all the charges and were remanded by the court presided over by Mrs Marian Affoh to reappear on September 18.

Counsel for the accused persons, Mr Theophilus Donkor prayed the court for bail, for his clients but was refused by the court.

The Bank came into existence On August 1, 2018, when five private Banks, including Beige Capital were merged.

He said Bobic was a Bullion Teller with the defunct Beige Capital Bank, while Prince was a Cash Boy also with the same bank.

He said with the collapse of the Beige Bank, the two accused persons together with seven others were retained under the supervision of one Christian Ekow Aidoo to manage what has been named the Central Vault of the Consolidated Bank, Ghana.

The prosecution said the duties of the accused persons included distributing cash to the various branches under the bank.

On August 23, 2018, the two accused persons met to discuss what their future would be with the eminent lay-off of staff of the merged banks, which is likely to affect them.

He told the court that Prince boasted that he was already into car sales business and in the worse scenario of a lay-off, he would continue with the said business.

Bobic was helpless as he had no business, apart from the banking work, and Prince promised that he could get him into the car sales business if he was able to raise the needed fund.

An amount of GH¢200,000.00 was agreed upon for a start, which they agreed to steal from the vault of the bank.

He said Bobic went for the said amount from the Central Vault, which he handed over to Prince to take away.

Bobic was able to hide the since he was the same person who counts the cash in the vault after day’s work.

He simply added the stolen figure to the cash in the vault before rendering account.

According to the prosecution, on August 24, the two accused met again and agreed to complete the deal to enable them to raise the capital they had settled on.

Bobic repeated his modus operandi and stole another GH¢100,000.00 from the vault, which he handed over to Prince.

However, luck eluded them when after of work, the Vault Supervisor decided to do a recount of the cash in the vault.

The theft was detected and Bobic owned up that he was the one who stole the money.

DSP Amegah said efforts to retrieve the money were unsuccessful and a report was made to the Police.

Prince was arrested but he denied knowledge of the crime, Bobic who initially went into hiding, later surrendered himself and confessed to stealing the money.

Prince later confessed and the two led the Police to an abandoned restaurant at Batsonaa, Accra, as where they met and gave the stolen money to a certain Daniel Kyei Nimo, alias Chairman, to buy cars from Togo for them to sell.