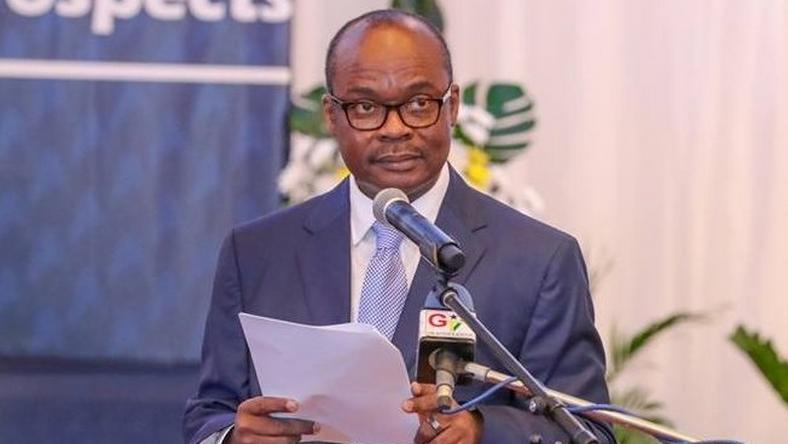 The Bank of Ghana (BoG) has requested financial support from the Ministry of Finance to clean up the microfinance and savings and loans industry to save thousands of depositors from losing their funds.

About 705,396 depositors of distressed or collapsed microfinance companies and rural and community banks (RCBs) risk losing a total of GH¢740.5 million if their financial resources are not shored up swiftly.

The GH¢740.5 million represents deposits currently locked up in the 272 rural and community banks and microfinance companies which were either in distress or had folded up as of last year.

At a news conference in Accra yesterday, the Governor of the BoG, Dr Ernest Addison, said the cost of the clean-up was estimated at GH¢700 million, which the government was ready to make available from the second quarter of this year to begin the clean-up of the sector.

Plans to overhaul non-bank financial institutions (NBFIs), which have been an albatross on the neck of the regulatory authorities, have been on the drawing board for some months now.

But Dr Addison was certain that the clean-up of the sector would happen in the second quarter of this year.

Speaking at the news conference, he said: “We have done an initial assessment and the estimates we have done are not expected to be significantly higher than the GH¢700 million.”

Last year, Parliament ratified a $30-million World Bank credit facility agreement to implement the financial sector development programme (FSDP) aimed at improving regulation of the MFI and rural banking sectors and making them more accessible to the banking public at the grass-roots level.

The new funding will enable the BoG, in collaboration with the Ministry of Finance, to implement and enforce an array of corporate governance, risk management, enhanced capitalisation and financial reporting measures which the central bank has drawn up but which, so far, have not been implemented because of logistical challenges.

Last year, Dr Addison stated that he inherited a weak financial system which he was hopeful to correct by the end of the year.

Already, the banking sector is now classified as solid and very strong after some reforms instituted by the central bank.

“In terms of significance, the deposits in distressed MFIs form 8.81 per cent and 52.49 per cent of total deposits of the RCBs and the MFIs, respectively,” he said.

In total, it is estimated that 272 out of the 707 institutions in the sub-sector, representing 38.5 per cent, are at risk.

“This indicates that approximately GH¢740.5 million is owed to an estimated 705,396 depositors of the distressed or folded up MFIs and RCBs,” he added.

In spite of the challenges facing players in the RCBs and the MFIs, Dr Addison said, the outlook for the financial sector was positive.

He added that the BoG remained committed to promoting strong, viable and stable banks, specialised deposit-taking institutions (SDIs), RCBs and MFIs to support the country’s growth and development process.

Going forward, he said, the bank would engage with stakeholders as it designed specific measures “to strengthen systems and processes that will improve the industry”.

The governor said the review exercise also “showed severe deterioration in asset quality in the banking sector” and substantial provisioning shortfalls in a subset of banks (with a combined capital needs of around 1.6 per cent of gross domestic product).

Meanwhile, the BoG has maintained the policy rate at 16 per cent for the first time this year after a big cut in January.