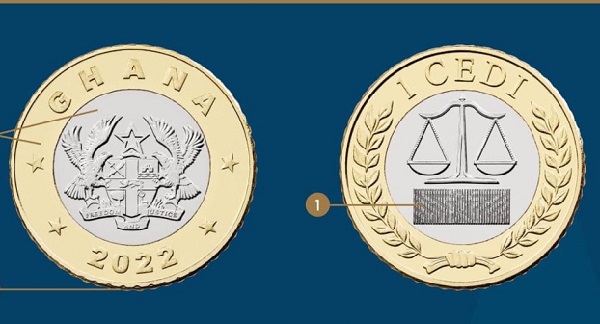 The Bank of Ghana (BoG) through a statement have announced that they have upgraded the GHC1 coin with enhanced security features.

According to the BoG, the circulation of its enhanced GHC1 coin will begin on Monday, December 12 adding that both the old and the new notes will be used concurrently until the old ones are phased out.

"The coin is similar to the existing GH₵1 coin in shape, form and images; the Coat of Arms in front and the Scale of Justice at the back, a statement dated December 6 read.

The upgraded GH₵1 coin is bi-metallic with an outer gold and inner silver.

The coin has a pronounced rough edge and incorporates a latent image, which appears in a rectangular form below the Scale of Justice at the back.

The latent image changes from a radiating star to a One Ghana cedi symbol sandwiched between two stars when tilted."

BoG further encouraged the public to accept the coins and use them. 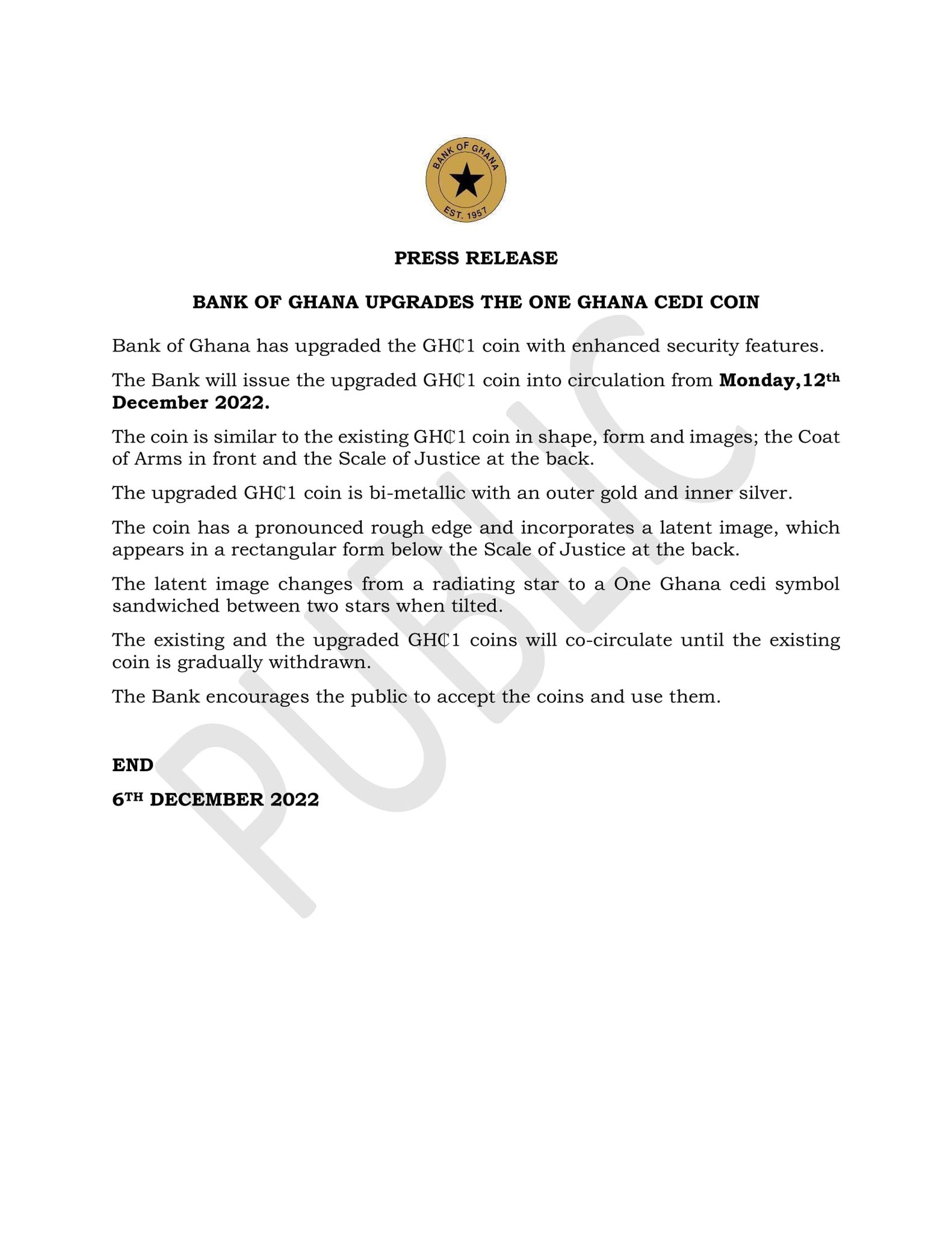 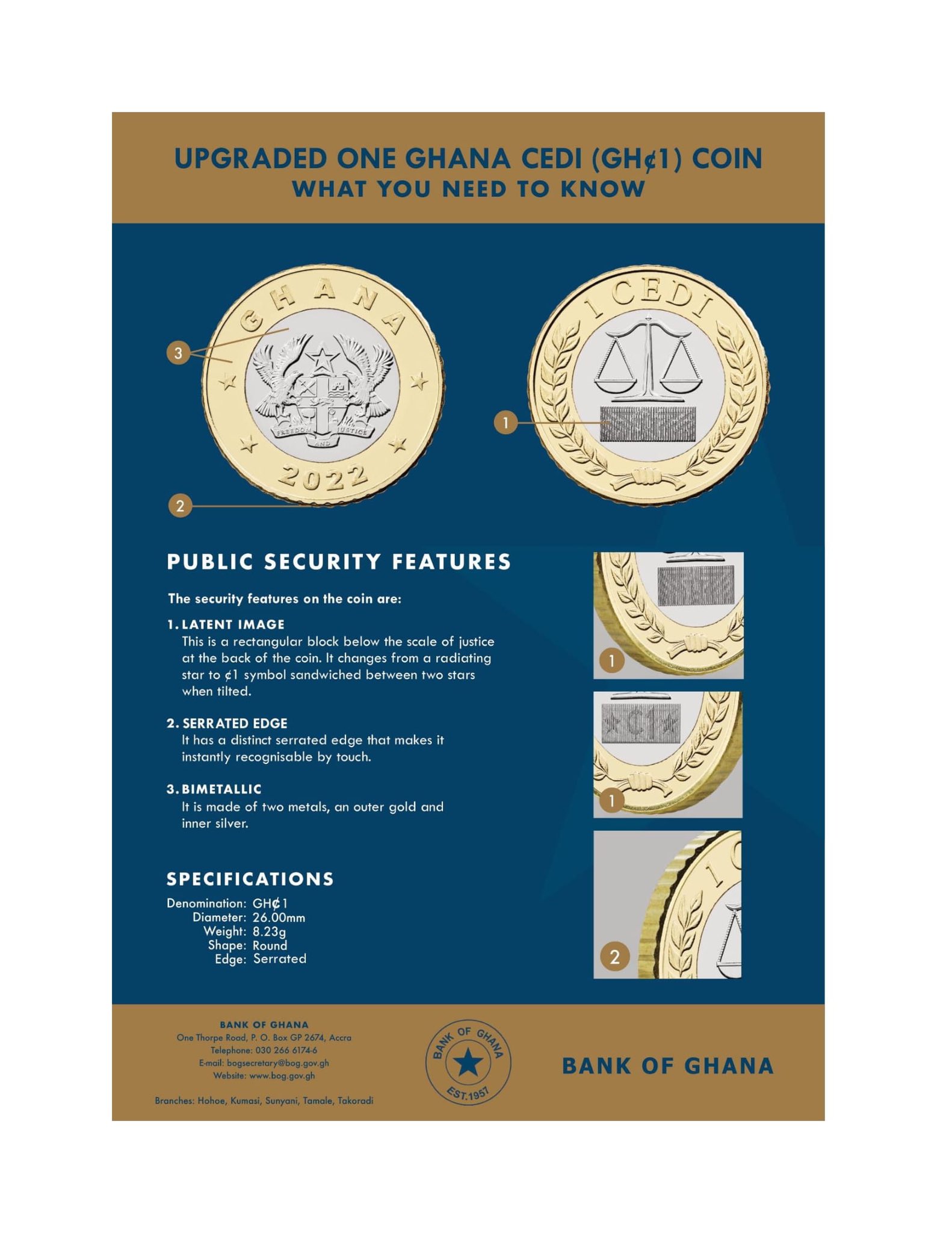