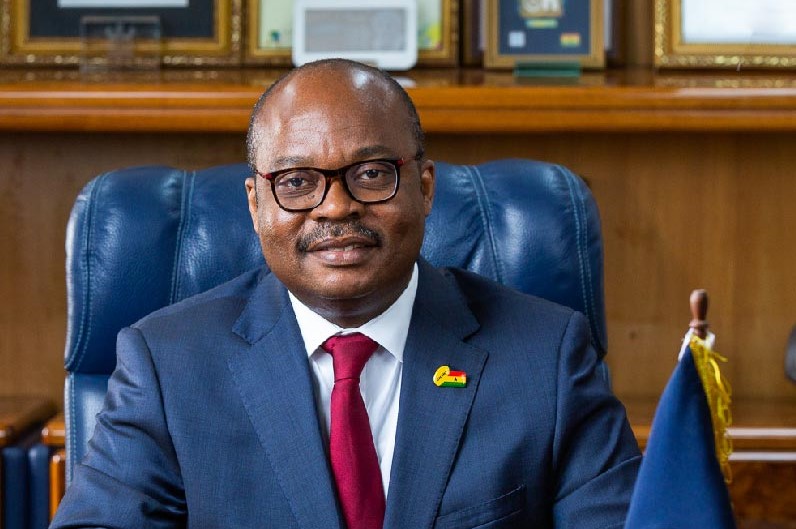 Governor of the Bank of Ghana, Dr. Ernest Addison
Shares

The Governor of the Bank of Ghana, Dr. Ernest Addison, has stated that the bank is still in talks with the Ministry of Finance regarding the deferment of interest payment of about GH¢1.2bn on some non-marketable domestic government bonds.

The interest deferment proposal, which was announced by the Finance Minister on March 30, seeks to delay the payment of GHȼ1.2bn in interest to holders of some non-tradeable bonds to 2022 and beyond – allowing government some fiscal space to mitigate the impact of the COVID-19 pandemic.

Though the Minister did not provide details of the bonds, generally these bonds include those that may have been issued to institutions that the government was indebted to – these holders can only retrieve the bonds when they fall due rather than trade them on the secondary market.

However, the interest deferment proposal was not captured in the 2020 Mid-Year Budget and Supplementary Estimates, leading to questions being raised about the outcome of the discussions with bond holders.

Speaking at the press briefing following the Monetary Policy Committee’s 95th meeting on Monday, Dr. Addison stated that deferring the interest payment on the selected bonds was an option until the central bank decided to make available some GHȼ10bn to the government.

“This was one of the ways the Finance Minister wanted to deal with the financing difficulties that he was having. Remember this was announced before we purchased the COVID-19 bond. So now that we are buying the bond from them, I am not sure whether he needs to defer that interest payment. But we are still discussing with the Ministry of Finance,” he added.

Despite the Finance Minister revising the projected budget deficit for 2020 to 11.4 percent of GDP, it is expected that without a decisive solution to the pandemic, financing conditions are still going to remain difficult, which could explain why the government is still keeping all options open.

The Monetary Policy Committee, after a marathon of meetings, voted to maintain the policy rate at 14.5 percent for the second time running.

Dr. Addison explained that the decision was taken despite inflation moving beyond the medium-term target of not more than 10 percent.

“The Bank of Ghana’s latest forecast shows that inflation is currently above its upper limit, driven mostly by food prices. Adjusting for the unusual noise in the food inflation, the indications are that underlying inflationary pressures are stable.

The bank projects a return of inflation to the medium-term target band by the second quarter of 2021, conditional on corrective fiscal measures being introduced in the near-term,” he noted.

The committee, the Governor said, was of the view that given the extraordinary circumstances, the widened budget deficit and residual financing gap would require some monetary restraint to preserve the anchors of macroeconomic stability.

Dr. Addison noted that the huge financing gap brought about by the expanded deficit could exert pressure on public debt, with long-term implications for the economy.

He said while government’s stimulus package for various sectors of the economy, including micro, small and medium-sized enterprises, is in the right direction to boost economic activity, going forward, the 2021 budget should be focused on instituting measures to return to the fiscal consolidation path—with the view to building resilience and strengthening the pillars of the economy for a return to macroeconomic stability.