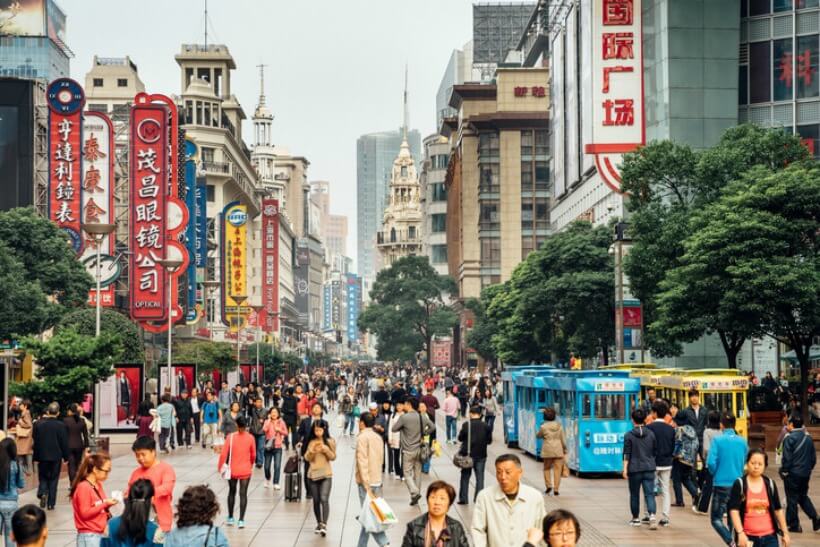 China’s economy is expected to cool further this year as domestic demand weakens and exports are hit by U.S. tariffs.

This is according to a Reuters poll, reinforcing views Beijing will need to roll out more stimulus measures.

The world’s second-largest economy got off to a strong start in 2018, but pressure soon built as a crackdown on riskier lending pushed up borrowing costs and made it harder for smaller companies to get funding, spurring record bond defaults.

At the same time, the escalating dispute with the United States saw both sides slap tariffs on each other’s goods, disrupting China’s trade sector and weighing on Chinese business and consumer confidence. Slowing demand global is heightening those export pressures.

China’s economic growth is expected to slow to 6.3 percent this year, which would be the weakest in 29 years, from an expected 6.6 percent in 2018, according to median forecast of 85 economists Reuters polled. The economy expanded 6.9 percent in 2017.

Both forecasts were unchanged from the October poll.

“A significant Chinese slowdown may already be unfolding,” Harvard University economics professor Kenneth Rogoff said in a recent commentary. A resumption of Sino-U.S trade talks has increased optimism among some analysts that Washington could agree to a further suspension of planned tariff hikes on Chinese goods, originally slated to take effect this month.

However, a comprehensive agreement to end the dispute is seen as unlikely by the negotiating deadline of early March, given the number of highly divisive and politically sensitive issues on the table.

Even if the two sides are able to reach a durable trade deal, analysts said it would offer only modest relief for China’s economy unless Beijing can rekindle weak domestic investment and demand.

“We expect the economy to soften further this year. Domestic headwinds are likely to stay strong,” analysts at Capital Economics said in a note.

“Output would only be slightly stronger if China avoided further tariffs. And the broader tensions around technology and national security are likely to stay high.”

Sources told Reuters last week that Beijing is planning to lower its economic growth target to 6-6.5 per cent this year from around 6.5 per cent in 2018.

Growth decelerated last year from 6.8 per cent in the first quarter to an expected 6.4 per cent in the fourth quarter. China will report its fourth quarter and 2018 GDP growth on Jan. 21 (0200 GMT). (For a more detailed Q4 poll click
Shock contractions in December trade and factory activity readings have fueled worries that the economy is cooling more quickly than expected.

Investment growth has inched higher in the last few months as regulators fast-track infrastructure projects but it is still not far from record lows, while retail sales growth is the weakest since 2003 and the property sector looks wobbly.

FURTHER LOOSENING SEEN BUT RATE CUT NOT ON CARDS

But analysts note it takes time for those initiatives to filter through to the broader economy, with most not expecting activity to convincingly bottom out until summer.

To free up more funds for lending, particularly to smaller, private firms, the central bank has cut reserves that banks need to set aside five times over the past year. It has also been guiding market interest rates lower.

More sweeping tax cuts are expected on top of those unveiled last year, along with measures to boost consumer demand for products such as home appliances and cars.

“Both fiscal and monetary policy have been loosened over the past few months and this should start to feed through to the real economy by the second half of this year,” Capital Economics said.

Analysts expect another 150 basis points (bps) of cuts in banks’ reserve requirement ratio by the end of this year, on top of 100 bps announced this month. That is more than expected in the last poll in October.

While weak data recently has stirred speculation that China may need to resort to more aggressive stimulus, analysts do not expect the People’s Bank of China (PBOC) to cut interest rates, the Reuters poll showed. It is expected to keep its benchmark lending rate unchanged at 4.35 per cent through this year.

Cutting benchmark rates may be the last resort as that could weigh on the yuan and add to a mountain of debt leftover from the last massive credit spree during the global financial crisis.

The poll also predicted annual consumer inflation to be more muted at 2.3 per cent in 2019, cooling from the 2.4 per cent estimated in the October survey.

Economists at Nomura noted, however, that milder inflation leaves room for Beijing to roll out more easing policies if needed, and could lead to lower interbank rates and bond yields.

Beijing plans to maintain a 3 per cent consumer inflation target for 2019, policy sources have told Reuters.