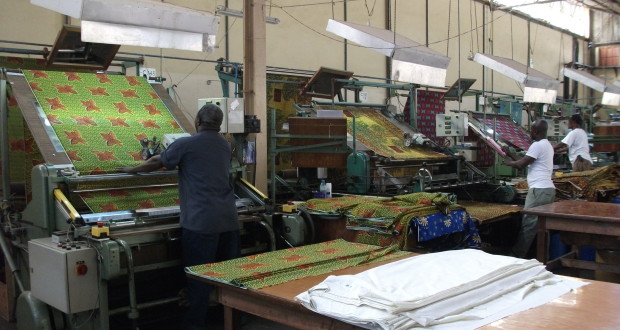 The Continental Free Trade Agreement which is expected to be implemented this year, 2019, will allow for a single continental market for goods and services with free movement of businesses and investments and also pave way for accelerating the establishment of the Continental Union and the African Customs Union.

A delegation from the Africa Union Continental Free Trade Area (CFTA) has arrived in Accra to assess Ghana’s bid to host its secretariat.

Ghana is among six other countries that have put in a bid to host the CFTA secretariat which aims at establishing a single market across the continent and extending the provision of regional public goods, beyond hard infrastructure. The rest are ESwatini, Egypt, Ethiopia, Kenya, Senegal and Madagascar.

Information minister Kojo Oppong Nkrumah received the 10 man AU delegation led by Ambassador Rosette Nyirinkindi Katungye, an advisor on Regional Integration at the Bureau of the office of the AU Chairperson.

He said the delegation was in town to inspect Ghana’s preparedness as one of the countries bidding to host the secretariat.
According to him, Ghana was looking forward to grabbing the opportunity which some with several benefits including the creation of jobs.

“In the coming days, Ghanaian officials will take them around on inspection to show our preparedness. If you have the secretariat in your country, it is a huge deal which will bring many opportunities for the growth of this country” he told reporters.

The implementation of the agreement is likely to negatively affect other sectors of the Ghanaian economy.

Local manufacturers in Ghana will soon be faced with stiff competition if the Continental Free Trade Agreement is implemented.

Local manufacturers will be expected to meet continental demands and their inability to do that means other manufacturers from other countries on the continent will beat them to the competition.

The Deputy Trade Minister, Carlos Ahenkora cautioned the local manufacturers to position themselves very well to take advantage of the agreement.

According to him, the manufacturers have from now till the implementation of the Continental Free Trade Agreement to take the needed steps in playing well in the upcoming competition.

“Which we expect to come onstream this year……this corporation is also going to better as far as African countries are concerned, here I will like to sound a word of caution especially to our manufacturers in Ghana to be wary of this particular protocol we have signed and ratified

“Because when that happens people in Morocco, Tunisia will have access to send their goods to Ghana quota-free, duty free and we must be ready to reciprocate anything that goes with being able to export your goods outside Ghana must be considered now we are very hopeful that before the end of 2019 the CFT will come onstream,” he added