Elon Musk says his deal to buy Twitter is on hold 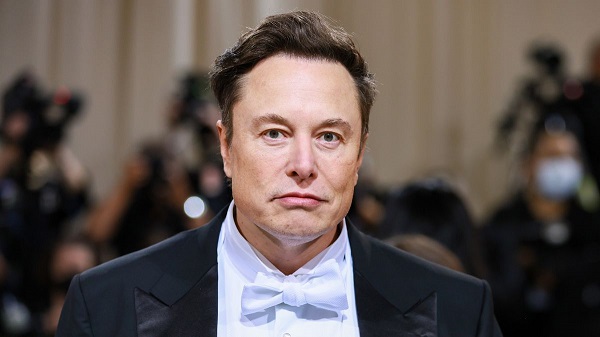 Elon Musk said he is putting his bid to acquire Twitter on hold, weeks after agreeing to take the company private in a $44 billion deal.

The news initially sent Twitter shares down more than 13% in premarket trading.

In his tweet, Musk linked to a May 2 Reuters report about Twitter's most recent disclosure about its spam and fake account problem.

In its quarterly financial report, released on April 28, Twitter estimated that fake or spam accounts made up fewer than 5% of the platform's active users during the first three months of the year. Twitter noted that the estimates were based on a review of sample accounts and it believed the numbers to be "reasonable."

But it acknowledged that the measurements were not independently verified and the actual number of fake or spam accounts could be higher.

Twitter has had a spam problem for years, and the company has previously acknowledged that reducing fake and malicious accounts would play a key factor in its ability to keep growing. It's unclear why Musk would back away from the deal because of the latest disclosure.

Musk would owe Twitter a $1 billion breakup fee if he were to cancel the deal.

"The Street will view this deal as 1) likely falling apart, 2) Musk negotiating for a lower deal price, or 3) Musk simply walking away from the deal with a $1 billion breakup fee," Ives wrote. "Many will view this as Musk using this Twitter filing/spam accounts as a way to get out of this deal in a vastly changing market."

Stocks -- tech in particular -- have been sharply lower since Musk and Twitter reached a deal on a purchase of the the company nearly three weeks ago.

Skepticism from the start

Even as Musk has worked to secure financing for the takeover, skepticism about whether the deal would go through has been swirling since Twitter's board agreed to the offer on April 26.
Musk said he would buy Twitter for $54.20 a share. But Twitter's stock never approached that price, hovering below $50 for weeks. That was a sign investors were skeptical that Musk would ultimately make good on his offer.
Wall Street analysts weren't convinced of Musk's ability to buy Twitter, either — at least not at $54.20 a share. The consensus target price was below $52, and the vast majority put a "hold" rating on the company's stock.

Part of the problem has been Twitter's connection to Tesla's (TSLA) fate. Musk, Tesla's CEO, was planning to borrow against part of his Tesla stake to finance the deal, but Tesla's stock has been sinking fast alongside most other stocks this year.

Musk's sale of a significant number of Tesla shares to help finance his Twitter deal had also put pressure on the carmaker's stock. Having already committed a big chunk of his Tesla shares elsewhere, he wasn't left with much of a cushion should he need to pony up more funds to complete the Twitter takeover.

Ives said the news about the Twitter deal was good for Tesla (TSLA) shares, which roared 6% higher in premarket trading Friday.

"The overhang [for Tesla shares] created by this deal has turned into a life of its own," he wrote.
Shares of Tesla, the world's most valuable automaker, have lost about a third of their value since Musk disclosed he had taken a stake in Twitter.

In addition to selling $8.5 billion of his Tesla shares last month, or about 6% of his holdings, Musk was using his shares of Tesla as part of the collateral he needed to raise cash for the Twitter purchase. But the drop in the value of Tesla shares had raised doubts if he would be able to move forward with the financing of the Twitter deal.

Musk had offered few details about his plans for the social media company, though he has often spoken out about bot accounts that promoted spam content. He also says the company has been too quick to remove accounts that violate its content-moderation rules.

On Tuesday, Musk made headlines by saying he would allow former President Donald Trump to return to Twitter once the takeover was complete. Trump's account was permanently removed after his followers' attack on the US Capitol on January 6, 2021.

Earlier this week Twitter confirmed that it is pausing most hiring and backfills, except for "business critical" roles, and pulling back on other non-labor costs. It also confirmed that two top executives, general manager of consumer Kayvon Beykpour, and revenue product lead Bruce Falck, were leaving the company.

On Thursday, the Wall Street Journal reported that the Securities and Exchange Commission and the Federal Trade Commission were both looking Musk's purchases of Twitter earlier this year and whether he properly disclosed them.