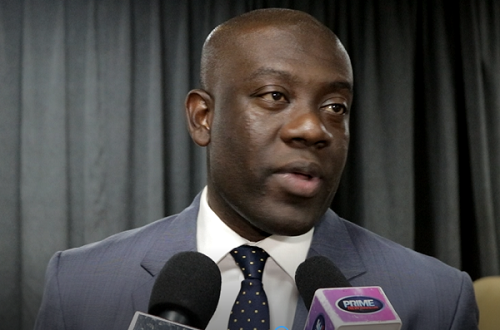 Minister for Information Kojo Oppong Nkrumah has said the government is yet to establish who exactly perpetrated the alleged fraud in the PDS concession agreement.

According to Kojo Oppong Nkrumah, it will be wrong for anybody to be emphatic on the usage of the word "fraud" against PDS.

The Energy Minister in an interview with Citi FM when the suspension of the PDS concession deal was announced said the government will prosecute anyone found to have engaged in the fraudulent act.

"Now the investigation that has been conducted through due diligent processes have established that the payment guarantee that was submitted by PDS to ECG for some reasons, the word fraudulent has been used in it, and the quasi executing authority denied ownership of such document and therefore I have written to ECG to announce that we had nothing to do with this document and if there should be any liability we will not be responsible, that document is considered null and void by the purported executing authority which is in Qatar..."

But speaking on Citi FM on Friday, August 2, Kojo Oppong Nkrumah said even PDS may be a victim of the alleged fraud and a full-scale investigation will establish where the fraud emanated from.

He added that the Energy Minister's description of the guaranteed document presented by PDS as fraud without using alleged is inappropriate.

"The statement we issued never said fraud we talked about breaches, it is the public commentary and all that is going on that is using the concept fraud and the Energy Minister was asked about it and the context in which he was speaking he was making the point about what we were told by the guys from the other side, I noticed that in his comment he did not prefix it with suspected fraud some have sought to interpret that to mean that then we have established it."