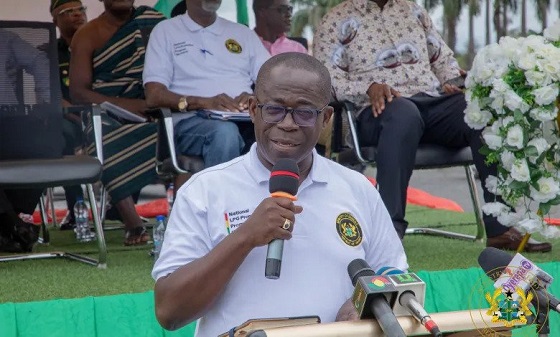 Deputy Energy Minister William Owuraku Aidoo says government is working assiduously to ensure that at least 50% of Ghanaians will have access to safe, clean and environmentally friendly LPG by the year 2030.

Speaking at the launch of the National LPG Promotion Programme in Obuasi, Owuraku said the government of Ghana, over the past years, has undertaken programmes, activities, and initiatives towards promoting Liquified Petroleum Gas (LPG) as a safer, cleaner and healthier form of cooking fuel for households.

According to him, the various promotional programmes carried out by Government over the years have led to some major investments in the LPG sector. Consequently he says access to LPG has increased over the years to the current 25.3%.

“We have a more ambitious target. In the National LPG Promotion Policy, Government has set a target that at least 50% of Ghanaians should have access to safe, clean, and environmentally friendly LPG for domestic, commercial and industrial usage by 2030.”

Owuraku further encouraged beneficiaries of this Government intervention to sustain the use of LPG and not revert to firewood and charcoal. LPG is the safest, cleanest and healthiest form of cooking fuel available today and we urge all Ghanaians to switch to LPG now.

On her part, Queen mother for Akrokeri and Chairperson for the event Nana Serwaa Bruwaa II called for massive for support for the programme as we work towards decarbonising our country.

Government envisages that the rollout of the National LPG Promotion Programme using the Cylinder Recirculation Module as a vehicle for distribution will help Ghana achieve its goal in the use of LPG as a clean, safe and healthy cooking fuel and to satisfy Sustainable Development Goal (SDG) 7; which is affordable and clean energy and SDG 13; which is climate action.