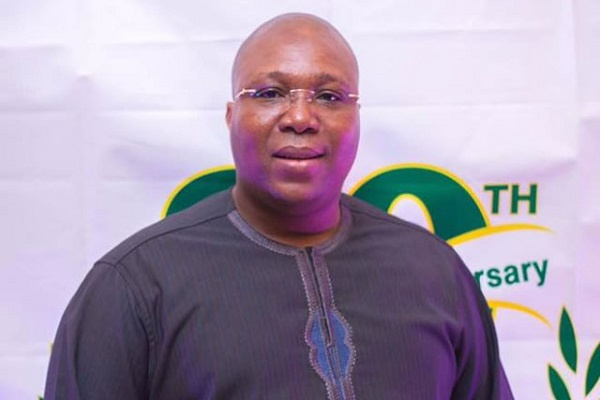 CEO of the defunct Ideal Finance Company Limited, Mr Nii Kotei Dzani, has been granted a GH¢5-million bail, with two sureties, one to be justified, by the Economic and Organised Crime Office (EOCO) in a case involving financial crimes.

Nii Dzani is being investigated for allegedly misappropriating GH¢700 million of depositors’ funds in the company.

The Executive Director of EOCO, Commissioner of Police (COP) Mr Frank Adu-Poku (Retd), said in an interview with the Daily Graphic in Accra yesterday that the businessman was detained at the Ministries Police Station after hours of interrogation at the EOCO Headquarters.

“Yes, we took him through due process by interrogating him on the issue before taking him to the police station,” he said.

The EOCO boss said the businessman’s initial bail documents were rejected because they could not be authenticated.

However, Nii Dzani, a member of the Council of State, has denied that he was arrested and granted bail.

Nii Dzani is suspected to have diverted depositors’ funds lodged with the defunct Ideal Finance into his personal accounts and those of related parties.

“He is unable to render account for his stewardship of the company or explain how depositors’ funds in excess of GHc700 million were utilised under his management,” Mr Adu-Poku said.

“We are working closely with the receiver, Pricewaterhouse Coopers, for us to recover the funds from his assets,” he added.

The Bank of Ghana (BoG) revoked the licence of Ideal Finance in August this year due to severe insolvency and liquidity challenges over the past two years.

The savings and loans company faced significant capital shortfall, with a capital adequacy ratio (CAR) of negative 33 per cent, in breach of the minimum required of 13 per cent, with a corresponding capital deficit of negative GHc188,257 million.

Besides, the company was also at distressed levels with severe liquidity crisis, with numerous complaints from aggrieved customers who were unable to access their deposits for several months.

According to the BoG, the finance house had consistently failed to meet the minimum cash reserve requirement of 10 per cent of its total deposits.

On the other side, the shareholders also failed to restore the bank to the required regulatory capital and liquidity levels, in spite of long-standing promises that new capital was expected from foreign investors.

The central bank said credit facilities granted to other businesses affiliated to Ideal Finance were not approved by the board and the exposures were not reported to the BoG, in breach of sections 70(2) and 70(4) of Act 930.

In a letter dated June 25, 2019, the BoG was notified of the intention to merge the operations of Ideal Finance and First Trust Savings and Loans Limited (FTSL).

A review of the documents submitted in connection with the proposed merger and all available records obtained from the two institutions showed that Ideal Finance and FTSL had, as of March 2019, liabilities of GH¢62.18 million and GH¢93.22 million, respectively.

A statement signed by the Director of Corporate Communications and Strategy of Ideal Finance, Mr Ekow Blankson, said Nii Dzani was only invited by EOCO for questioning over the revocation of the licence of Ideal Finance.

“Dr Dzani reported yesterday and last week. He was again at the offices of EOCO to aid with investigations,” the statement said.

The EOCO Executive Director said most often when fraudulent acts occurred at microfinance and savings and loans companies, the victims sought to blame the government, while the directors were left to enjoy their booty.

He, however, said that that practice was going to be a thing of the past.

“EOCO has reached a turning point in its law enforcement with regard to microfinance and savings and loans companies. EOCO wishes to serve notice that the exercise it has embarked upon against offending microfinance and savings and loans companies marks a turning point in the approach of law enforcement to the acts of impunity by directors of these institutions,” Mr Adu-Poku said.

He said the assets and properties acquired by directors of such companies through the diversion of depositors’ funds would be treated as “proceeds of crime”.

“So EOCO will take all the necessary steps to restrain and preserve such assets and take appropriate legal action to ensure that the proceeds are used to compensate the victims of these companies,” he assured Ghanaians.