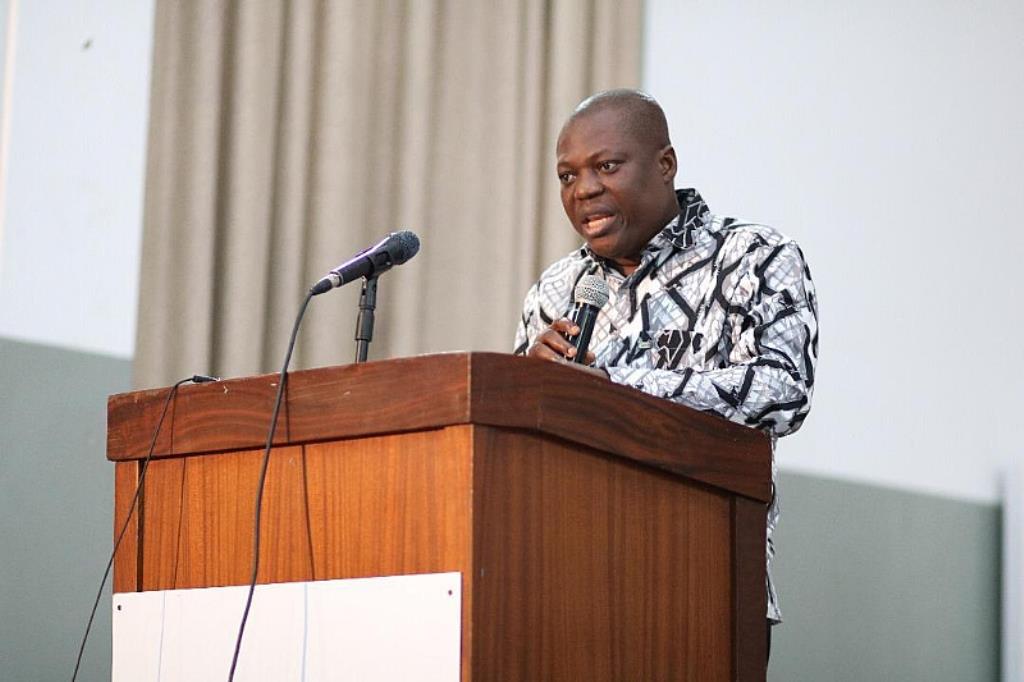 An economist and the Dean of the School of Business at the University of Cape Coast, Professor John Gatsi says the mandate given to the Forex Development committee to probe the cedi depreciation is inconsistent with the mandates of Bank of Ghana, BoG.

According to him, the committee should have been formed and spearheaded by the Central Bank.

In an interview with Joy FM, Professor John Gatsi said the move by the government violates the regulations of the BoG.

"What we have set to do by establishing a committee especially chaired by the Finance Minister and if you also look at it majority of the people are coming outside the Bank of Ghana which clearly indicate to people who want to be critical that the Central Bank has failed,.........what we have not been able to do in the past is that we have not been able to coordinate our sectoral activities very well to align with the policy direction of Bank of Ghana, I'm saying this because when you listen to the Agric Minister he was talking about rice importation to the tune of about 1 billion Cedis, importation of sugar, poultry products into the country, these are issues that policy implementation should have addressed if we are mindful of the policy implementation guidelines and directive that the Bank of Ghana has given in almost all the reports..."

Government has explained the need for a Forex Development Committee to look into the recurring depreciation of the Ghanaian Cedi.

A spokesperson for Vice President Dr Bawumia, Dr Gideon Boako in an interview with Citi FM on the need for the committee said the government takes a serious view of the recurring depreciation of the cedi and has decided to handle it head-on.

According to him, the issue with the depreciation of the cedi is a structural problem that needs a long term solution, hence the establishment of the committee.

"The Vice-President believes that the currency matter must be handled head-on and it's basically a structure problem and not so much to do with the day to day forex issues, of course, they are other components of what brings back the issue of depreciation that has to do with day to day forex issues but structurally.........characteristically you will see that our currency over the years has seen some level of depreciation even though there are sometimes uptake."

Dr Gideon Boako explained that the Vice-President believes that despite the various measures put in place to contain the speed of depreciation more needs to be done.