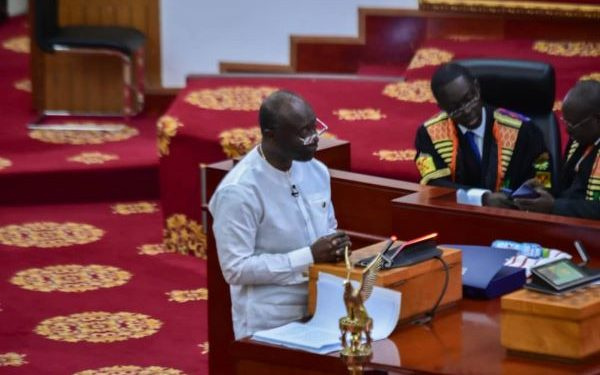 The International Monetary Fund (IMF) has warned the government of Ghana that it may not be possible to repay a US$2 billion bauxite-backed-loan it contracted with Chinese state company, Sinohydro, in 2018 which could lead to loss of collateral.

IMF concerns were captured in a new report released by the NRGI dubbed: â€œRESOURCE-BACKED LOANS: PITFALLS AND POTENTIALâ€. Resource-backed loans have contributed to crippling debt levels in Africa and are shrouded in secrecy. These loans to governments, collateralized with oil or minerals, have been hidden from scrutiny for far too long and that must change, say the reportâ€™s authors.

Ghanaâ€™s government is obligated to repay a US$2 billion loan it agreed with Chinese state company Sinohydro in 2018. The repayment schedule requires a rapid ramp-up of bauxite production and refining, which the IMF has raised doubts about.

â€œThe International Monetary Fund (IMF) has warned the repayment of the US$2.0 billion bauxite-backed-loan may not be possible and therefore could lead to loss of collateralâ€, the new report released, last week stated.

A 232 square kilometers Atewa Forest Reserve in Ghanaâ€™s Eastern Region where several billions of dollars in value of bauxite is deposited, up to five percent (5%) the bauxite deposits have been allocated to China through the China Development Bank. China would then pay Ghana with a variety of infrastructure projects including expanding the rail network, building new roads and bridges.

The government of Ghana estimates the countryâ€™s total untapped bauxite reserves at US$460 billion and is hoping to cash in on the rise in the price of alumina (refined bauxite). President Nana Akufo-Addo, in his Independence Day, 2018, address to the nation declared that bauxite revenue was going to help fund his governmentâ€™s much-trumpeted vision of â€A Ghana Beyond Aidâ€.

As many African countries struggle with Chinese debt, Beijing has been striking similar direct deals where precious minerals are exchanged for loans as is in the case of Angola (cash for oil) and in another deal with Guinea, to barter bauxite for infrastructure projects worth US$20 billion.

There is so much at stake for African economies and communities with resource-backed loans, but there is very little accountability and transparency and that has to change, said Silas Olanâ€™g, NRGI Africa co-director in the report. â€œBorrowers and lenders must allow for greater scrutiny to ensure that these loans are sustainable and serve the interests of the people and the countries they are supposed to benefit.â€

Silas Olanâ€™g added: â€œThe deals may already have been signed in Ghana and Guinea, but itâ€™s not too late to come clean about the terms of the loan and to involve the communities who will be affected by the mining in meaningful discussions.â€

Resource-backed loans have contributed to crippling debt levels in Africa and are shrouded in secrecy, according to a new report. These loans to governments, collateralized with oil or minerals, have been hidden from scrutiny for far too long and that must change, say the reportâ€™s authors.

A resource-backed loan is a borrowing mechanism by which a country accesses finance in exchange for, or collateralized by, future streams of income from its natural resources, such as oil or minerals. Researchers from the Natural Resource Governance Institute (NRGI) considered 52 resource-backed loans made between 2004 and 2018, with a total value of more than $164 billion; 30 of them, with a combined value of $66 billion, were made to sub-Saharan African countries.

Of the loans to sub-Saharan African countries considered by the researchers, 53 percent of the amount borrowed came from two Chinese policy banks: China Development Bank (CDB) and the China Eximbank. Most of the remainder was provided by international commodity traders, mainly to Chad, Republic of Congo and South Sudan.

The report, Resource-Backed Loans: Pitfalls and Potential, explores both the risks and opportunities the loans represent and offers policy recommendations that borrowers and lenders can implement to improve the practice, with a greater focus on borrowers.