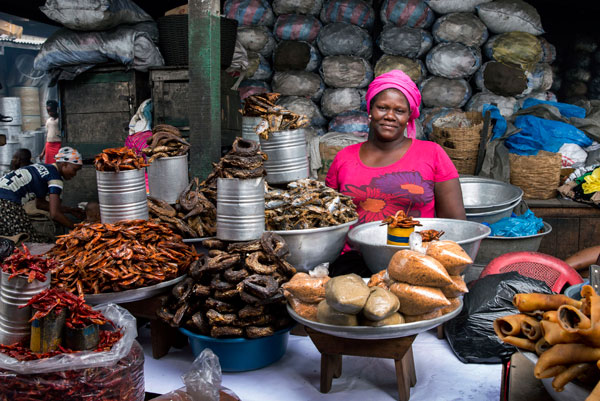 A trader in Ghana
Shares

Ghanaâ€™s informal sector recorded a growth of 5.9% in 2019; which is the second-highest following the rebasing of the economy.

In relation to prices of commodities with reference to 2013 which is the base year for calculating Ghanaâ€™s economic year, the informal sectorâ€™s worth reached 45.2 billion cedis, which is the highest value for the last three years.

Per the latest figures published by the Ghana Statistical Service, the value of all economic activities recorded in the informal sector which largely involves the buying and selling of various goods, for last year, reached 92.5 billion cedis.

But making provisions for inflation with reference to prices of goods and services for 2013 as the base year, the value of the informal sector recorded 45.2 billion cedis; representing a growth of 5.9% after the sector recorded a drop in growth at 2.6% the previous year.

Meanwhile, indirect taxes share of the total value of all goods and services with 2013 as the base year, reached 9.09 billion cedis.