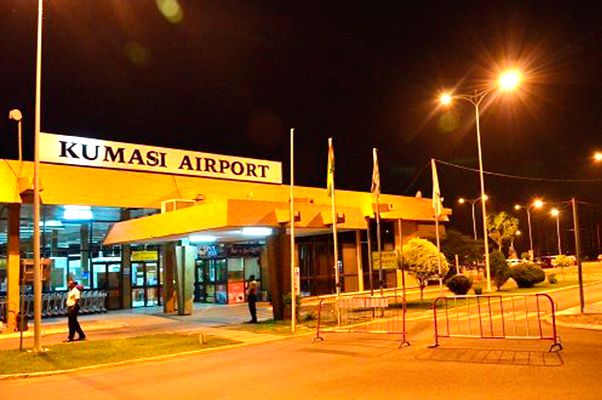 British Prime Minister Boris Johnson and Ghana's President Akufo-Addo are expected to sign a £40m agreement this week which will see the construction of a new terminal as part of the upgrade of the Kumasi Airport.

The facility which forms part of a pre-financing agreement between the two countries will be disbursed after the UK-Africa summit in London.

Speaking to Joy FM, UK's High Commissioner to Ghana Iain Walker said the agreement will position Kumasi as a trade destination in Africa.

"We have invested in two things particularly the airport extension which means a lot of planes could land there and also we will be announcing at this summit the building of the new terminal at Kumasi.........is not about aid but helping to get more investment......"

President of the Republic, Nana Addo Dankwa Akufo-Addo, left Ghana on Friday, 17th January 2020, to attend the UK-Africa Investment Summit being held in London, in the United Kingdom.

The UK-Africa Investment Summit, being hosted by British Prime Minister, Rt. Hon. Boris Johnson, MP, on Monday, 20th January, will bring together “businesses, governments and international institutions to showcase and promote the breadth and quality of investment opportunities across Africa”.

Whilst in the UK, President Akufo-Addo will deliver, on Tuesday, 21st January, the keynote address at the Ghana Investment Opportunities Summit – a summit which aims to bring delegates, especially from the United Kingdom, to explore investment opportunities in Ghana.

The Davos Meeting has become an iconic global forum, which brings together world leaders in politics, business, finance and academia to deliberate on matters affecting the global community.

The President was accompanied by the Minister for Foreign Affairs, Hon. Shirley Ayorkor Botchway; Minister for Finance, Ken Ofori-Atta; CEO of the Ghana Investment Promotion Centre, Yofi Grant; and officials from the Foreign Ministry and the Presidency.

The President will return to Ghana on Sunday, 26th January, 2020, and in his absence, the Vice President, Alhaji Dr Mahamudu Bawumia, shall, in accordance with Article 60(8) of the Constitution, act in his stead.