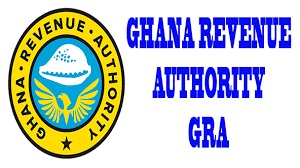 The Ghana Revenue Authority, GRA has explained how their whistleblower scheme which is to help identify tax defaulters in the country works.

The scheme was rolled out in February this year.

Acting Commissioner-General for the GRA, Ammishaddai Owusu-Amoah said there have been an increased in whistleblowers after the authority advertised the scheme.

He further outlined some of the processes that will be followed before the whistleblower can redeem its rewards package.

"What happens is that if any whistleblower reports and we work is out and find the revenue there various levels of revenue rewards that you are entitled to it starts from GHS25, 000 and can go up to GHS250, 000 that you can get..."

"Yes, we have seen more people coming, I will say that it's the early days yet and when you whistleblow you will have to go through a validation of the whistleblowing ones you are done you will be able to put in the tax and the penalties and then interest. This process will have to be completed before the whistleblower can get what is due him."

The Ghana Revenue Authority, GRA in January announced a GHS25,000 reward for any person who will act as an informant to help discover huge tax defaulters in the country.

According to the GRA, this is part of many measures introduced to help improve revenue collection in the short to medium term.

He also entreated Ghanaians to take advantage of it to help the GRA realise its revenue target.