How domestic airlines are adhering to Covid-19 safety protocols 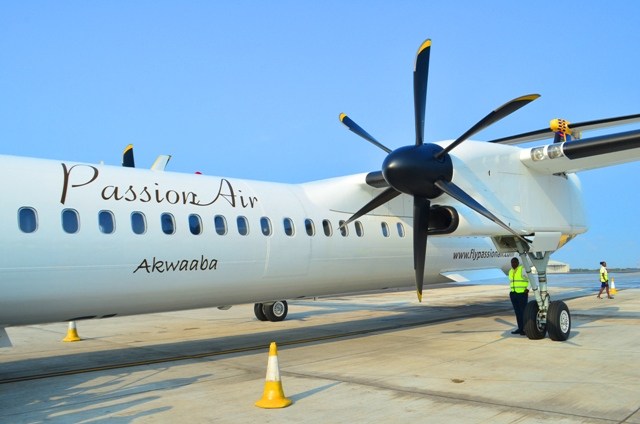 After the outbreak of the Covid-19 pandemic, safety protocols have been prescribed by the World Health Organisation, WHO.

These protocols are believed to help break the chain of transmission.

President Akufo-Addo on Sunday lifted the three weeks lockdown of Accra, Kasoa, Kumasi and Tema but directed that all other protocols including wearing of a mask, hand washing and social distancing should be adhered to.

Markets and offices are also entreated to adhere to these protocols, some markets who flouted the directive have been closed down.

But how is the aviation industry coping and how will it affect their profit.

Samuel Takyi Marketing and Sales Manager forÂ PassionAir in a radio interview said they are enforcing the wearing of face mask throughout their flights.

He also stated that they are putting in place measures to go by the social distancing protocols during their various flights.

"Before you board the flight you are expected to have your face mask which is to be throughout the whole flight and also we will be ensuring some kind of social distancing during the flight..."

The protocols are expected to affect the profit margin of the various domestic airlines.

Stock markets around the world suffered historic losses in the first three months of the year amid a massive sell-off tied to the coronavirus.

The drops come as authorities order a halt to most activity in an effort to slow the spread of the virus.

Economists have warned the hit to the global economy is likely to be worse than the financial crisis, with forecasters for IHS Markit, for example, predicting growth will shrink 2.8% this year, compared to a 1.7% drop in 2009.

No country has been left untouched. The data firm expects China's growth to sputter to 2%, while the UK could see growth drop 4.5%. The outlook for countries such as Italy and less developed economies is even worse.

"We remain very concerned about the negative outlook for global growth in 2020 and in particular about the strain a downturn would have on emerging markets and low income countries," the president of the International Monetary Fund, Kristalina Georgieva, said on Tuesday.

In the US, one central bank analysis suggested the unemployment rate could rise to more than 32% over the next three months, as more than 47 million people lose their jobs.

Globally, many indexes remain more than 20% lower than they were at the start of the year. A steep slide in oil prices, due to a drop in demand and a price war between producers, has compounded the problems on financial markets.