No customer would be left worse off - Stanbic assures 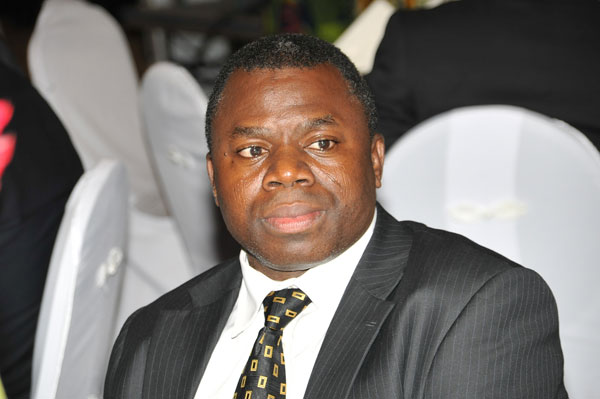 Customers of the Tema Community One branch of Stanbic Bank Ghana Limited who were defrauded by one of the bank's staff would not be left worse off by the incident, the bank has stated.

A 33-year-old sales officer, Martha Amakye, who was outsourced from Noswall Management Service, took the monies totalling GHC900,000 from some customers between 2015 and 2016 under the guise of investing it in high-yielding fixed deposits of 18 to 20 percent interest rate per month.

She paid some interest to her clients and kept the principal assuring them that it was being re-invested and even gave her victims deposit slips which are suspected to be fake.

She later absconded when news of her activities broke leaving customers wondering what would become of their monies.

Reacting to the development, Head of Marketing and Corporate Affairs, Mawuko Afadzinu, investigations were already proceeding quickly to resolve any outstanding issues and that no customer of the bank, particularly victims, would be left worse off by the unfortunate incident.

Every case reported was being looked at very quickly for redress, but customers should be able to adduce some evidence to that effect, he said adding that, the protection of its customers is paramount and the bank will not compromise it in any way.

“For us, the interest of the customers is supreme and non-negotiable and we’ll discharge our fiduciary responsibilities to them. Our commitment to high-class banking and adherence to the highest standards in banking is part of us as a member of Africa’s largest bank,” Mr Afadzinu said.

According to him, the rare and isolated incident would, however, afford the bank the opportunity to “mitigate and avoid” its recurrence in future, as the bank had already taken far-reaching measures to safeguard the interest of customers.

“Our systems are strong that is why we were able to detect the fraud in the first place. Measures are underway to further enhance our already tight systems and structures to prevent, avoid or mitigate the recurrence of this and similar incidents. This is what has made us Africa’s largest bank and playing a leading role in Ghana’s financial system,” he stated, according to Daily Graphic.

Going forward, he urgedn customers of the bank to assist in the redress by abiding by the normal banking procedures of the bank to enable them to quickly detect and deal with issues such as this.