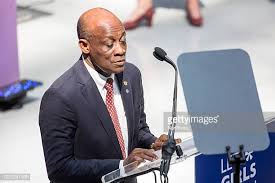 A former Finance Minister in the Mahama-led administration, Seth Terkper, is urging Ken Ofori-Atta, the current Minister of Finance, to use the upcoming mid-year budget review to disclose some “hidden” expenditure driving up the country’s budget deficit.

Mr. Terkper, in a press interaction last Friday, stated that government’s application for a bailout from the International Monetary Fund (IMF) as a result of the COVID-19 pandemic showed a deficit position which was inconsistent with what the government had earlier told Parliament.

According to the former Finance Minister, Mr. Ofori-Atta painted a dire picture of the state of the economy in order to justify the US$1bn bailout under the Washington-based lender’s Rapid Credit Facility.

“The Minister went to Parliament and gave us the estimated cost of COVID-19 – which was about GH¢9.5bn. The financing which we secured purposely for COVID-19 – the IMF’s US$1bn, which should be about GH¢5.5bn, the World Bank’s support, Stabilisation Fund and other reliefs amount to about GH¢10bn. At the point the Bank of Ghana’s financing, for example, was being considered, we had secured enough for COVID. So why were we getting those additional borrowings and the rest?” he asked.

He explained that the only reason government is requiring more than GH¢5bn above the estimated fiscal cost of COVID-19 is that the budget deficit over the last two years has been underreported.

“The only explanation one can give is that the deficit being showed at 3.5 percent [of GDP], 4.7 percent [of GDP] was actually higher. This is something we had always pointed out. Now, we have an institution like the IMF adjusting our numbers,” he said.

“This means that the borrowing was being done, and now more borrowing is needed to finance items that were not disclosed, which the Fund has classified as off-budget expenditure,” he added.

The Finance Minister in the coming days is expected to present the 2020 Mid-Year Budget to Parliament as required by the Public Financial Management Act.

According to Mr. Terkper, government must use the opportunity to, among others, account for the fiscal developments over the last six months, during which, he argued, the IMF released its COVID-19 report to confirm its Article IV view of a deteriorating pre-COVID fiscal situation.

“In our view, the borrowing in excess of COVID-19 needs is likely to include the GH¢10.5bn BOG financing of the budget, since the central bank’s MPC statement clearly states that the consideration for the borrowing is market-based, [based] on difficulty in borrowing from the domestic markets and high interest costs to government,” he said.

“Also, we expect government to present a future trajectory that includes the IMF and rating agency projections, since they issue these reports in concurrence with governments. The government should explain to Ghanaians why it made a hasty U-turn on its IMF-exit drumming (that has died down), early in the wake of the declaration of the COVID-19 as a pandemic, for a hefty loan—when countries with less than its ‘stellar’ performance had not even contemplated the move.”