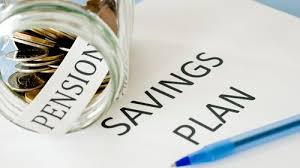 The National Pensions Regulatory Authority (NPRA) says it will soon begin the prosecution of companies that do not pay the tier-2 pensions of their employees.

The threat of prosecution comes after the Attorney General recently gave the pensions regulator prosecutorial powers to go after companies that default in their workers’ tier-2 pensions.

The mandatory first tier is remitted to Social Security and National Insurance Trust (SSNIT) with the tier-two, which is equally compulsory, paid on workers’ behalf by employers and managed by Private Pension Service Providers.

The contribution is pegged at 5% of the employee’s basic monthly salary. This cost is borne by the employee.

In an interview with Citi News, CEO of the National Pensions Regulatory Authority, Hayford Atta Krufi said employers that default in paying the tier-2 pension will no longer escape from the clutches of the law.

“One of the things that we have introduced to make sure that all workers who contribute to pension have retirement income security is to ensure that every employer by law is contributing towards pensions. We have 18.5 percent of workers salary which should go towards pension mandatorily”.

“The law says that if an employer fails to remit then they should be prosecuted. NPRA has now been given the powers to prosecute by the Attorney-General. We have been assigned specific courts that the prosecution can take place. Very soon all employers who are deducting but not remitting or not even deducting the mandatory 5 percent at all are going to face strict sanctions,” Mr. Atta Krufi said.

"You get what you put in SSNIT"– Dr Tenkorang

The Social Security and National Insurance Trust (SSNIT) has attributed the low benefits some pensioners in the country receive while on retirement to the failure of some employers or even employees not contributing enough while in active service.

According to its Managing Director, Dr. John Ofori Tenkorang the current situation is not a deliberate attempt by the Trust to deprive pensioners what is due them.

There have been concerns that most pensioners are unable to live decent lives because the pension benefits provided them by the state institution is woefully inadequate.

Speaking on Citi TV on Wednesday, Dr. Tenkorang bemoaned the development noting that the surest way to address these challenges is for contributors to be true to themselves and make the right payments to avert these circumstances.

“I am not surprised. People always feel that they do not have enough money when they go on a pension. But, you get what you put in the SSNIT scheme. Pensions are only a reflection of salaries. Our laws that govern our pensions say that, take the number of months that persons have contributed, the more months they contribute, the higher percentage of their qualifying salaries they will get paid on. So depending on how much you put in terms of contribution, that is what your pensions will reflect.”