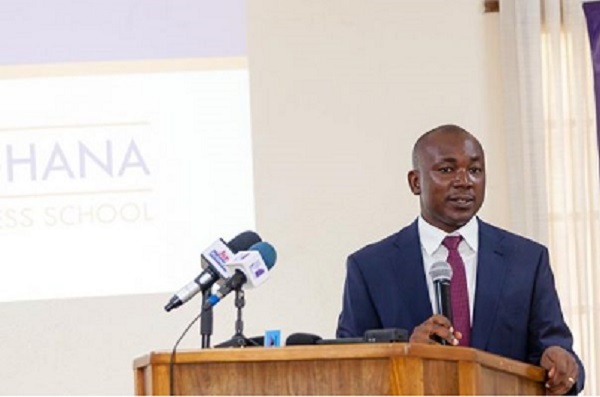 An Associate Professor of Finance at the University of Ghana Business School, Professor Godfred Alufar Bokpin has attributed the recent S&P Global Ratings which downgraded Ghana’s debt further into speculative territory, lowering the country’s foreign and local currency sovereign ratings to junk from B-/B to CCC+/C with negative outlook to government’s inability to formulate measures to enhance the economy to a fiscal sustainability path.

Mr. Bokpin says the revenue mobilization target of the economy keeps dwindling together with underperformance of the Electronic Transaction Levy introduced by the government to rake in about GH₵6.9 billion in 2022 leading to its revision to GH₵611 million.

Speaking to JoyNews, he says the assurances and credibility in policy statements introduced by the government are unrealistic which projects a bad outlook of the economy to the global market.

“We had said earlier that the 2022 budget and the enhance measures that the government announced were not enough in charting a fiscal sustainability path. When you look at the revenue measures that were introduced, it was a matter of poor forecasting and exaggeration of what could have been derived from E-Levy. We had said that the premises of E-Levy and the underlying assumptions were not realistic, as a tax handle to introduce it was problematic but government was so hopeful of generating over GH₵6.9 billion in the 2022 budget. If there is very little credibility in your policy statements and the assumptions underlying your forecasting are unrealistic, the market can easily see that and discount such news. It’s a matter of credibility in the government’s policy statements, projections and others. When you project that you would raise over GH₵6 billion, only to revise it to less than a billion cedis in a matter of months, what signal does that send” he said.

Ghana currently is in talks with International Monetary Fund after series of home grown policies have failed to generate the necessary revenue for the economy to restore investor confidence.

Mr. Bokpin says government has to adopt a consultative posture to allow external inputs to salvage the economy.

“The nature of our economy and the shareholding structure, the investor base of our debt stock is such that, our economy is susceptible to investor sentiments and so whatever we do here people are interested way beyond the borders of this country. If we are all not speaking the same language, and you want to create the impression to investors that things are okay when the actual fact is that they are not, then they will punish you. In the financial market, is the fear of default that paralyses the market and not the actual default itself” he added.

S&P C downgrade means currently the country is vulnerable to nonpayment and dependent on favorable business, financial and economic conditions.

The ratings agency however indicated that the COVID-19 pandemic and the conflict in Russia have magnified Ghana’s fiscal and external imbalances.

“Demand for foreign currency has been driven higher by several factors, including nonresident outflows from domestic government bond markets, dividend payments to foreign investors and higher costs for refined petroleum products” it said.