Reigning in the Excesses: the India cash crunch 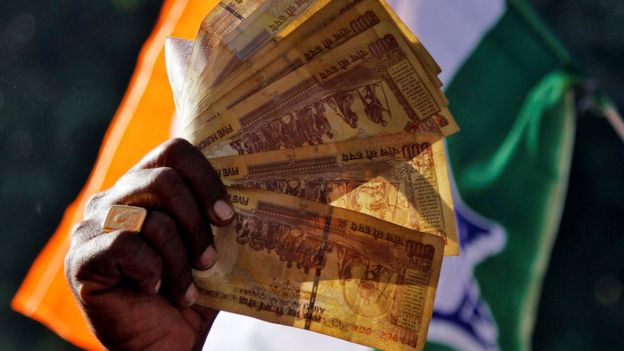 It may not be the first time in the nation’s history but one cannot underestimate the impact of a demonetization effort on a vast country desperate to curtail the menace of financial corruption. Such is the case for the People in India who have until the end of Friday to deposit discontinued notes in bank and post office accounts, or risk their money becoming worthless.

Early last month the government scrapped the 500 and 1000 rupee notes in a somewhat all-out war on undeclared money and fake cash. The move spurred divided opinion among the Indian populace and the global community, especially over how the ban was implemented. Deadlines for spending the notes or exchanging them for new currency have already elapsed. The banknotes which are estimated to be about 20 billion comprise of secret savings of housewives and the two notes together represent 86% of the currency in circulation.

People, including those of Indian origin resident abroad, will be able to swap the notes in India's central bank branches until 31 March 2017 - but the process is believed to be more complicated than going to a regular bank.

Meanwhile, the Indian Parliament is working on laws that will make it a criminal offence to hold the old notes from 1 April 2017 onwards. India's Prime Minister Narendra Modi announced that the notes were no longer legal tender on 8 November, a disclosure that sparked panic and there have been chaotic sights across India ever since, with people having to spend hours queuing at bank premises and cash machines which have been running out of money.

ATM queues and cash withdrawal limits mean getting currency can still be tricky, and there have been several changes of the rules around how much money people can access or deposit. The government have expressed confident that the move will encourage more people to have bank accounts and move towards a society less reliant on cash.  But there are still concerns about many poorer people, especially those in rural areas who are yet to get bank accounts.

Local firms which allow people to make digital payments both online and in shops have disclosed that there have been a surge in transactions as people search for cashless alternatives.

The government says the initiative has been a success with the banks flush with cash and significant increases in tax revenue.  But critics have expressed their cynicism that the move has failed to root out corruption and unearth illegal cash, since most of the money in circulation has been put plunged back into the financial system. Rather, they have claimed the rapid economic growth that was experienced prior to this development have been significantly impeded.