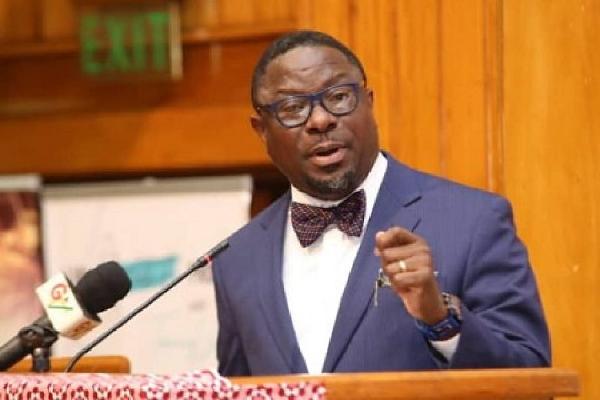 President of the Association of Ghana Industries (AGI), Dr Humphrey Ayim-Darke has called on the government to roll out a collective action to rally all major and interested parties in the economic space to develop and enhance policy plan.

Ghana’s economy, according to S&P, has been further pushed into speculative territory, lowering its foreign and local currency sovereign ratings to CCC+/C from B-/B.

According to the Standard and Poor’s rating, the Covid-19 pandemic and the conflict in Russia have magnified Ghana’s fiscal and external imbalances.

This week, Ghana’s rating was downgraded by Fitch from B- to CCC, putting the country’s creditworthiness into junk status.

Commenting on the impact and remedies to be introduced on Joynews Newsfile, he stated the government will need to be proactive in addressing the impact of these external and domestic economic obstacles with collective actions.

“ When you listen carefully to the Fitch report, on the economy they gave it a negative outlook and the said negative outlook comes with such implications. The reality is that on the production lines, we have drastic increase in cost inputs so we have no other choice than to translate it to final products that go to our customers. On our logistics fleet, we have come to the realization that the volume that we move around has also dropped, and that means the extent of bulk products has gotten hit. There are real challenging issues that we see in there. The cascading effect of the exchange rate or rate of depreciation is also worsening the plight of planning and giving credibility to international lines that we use in trading. We are really exposed and as much as the country is downgraded, the private sector players that enjoy international credit lines either have been cut or eliminated totally and therefore its implication in the business space is severe,” Dr Humphrey Ayim-Darke said.

The Government of Ghana has however said it is disappointed by S&P’s decision to downgrade Ghana because bold policies have been implemented in 2022 to address macro fiscal challenges and debt sustainability which have been significantly exacerbated by the impact of these global external shocks on the economy.

Dr. Darke however stated that the productive sector of the economy is weakened and called for reinstatement of the benchmark position.