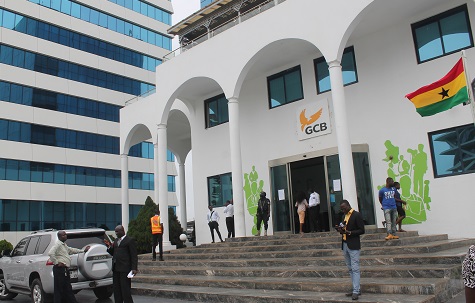 Some ex-UT and Capital bank workers who were absorbed into GCB Bank are expected to meet with the management of GCB after they were laid off for not possessing the minimum qualification required to work with the bank.

GCB bank last month terminated the contracts of some absorbed workers of the two defunct banks after an audit of employees of the banks exposed issues with the minimum qualification of about 160 staff.

The affected staff have since been issued with “termination of appointment” letters signed by the Head of Human Resources, Kojo Essel Junior.

The staff after the termination of their contracts threatened to petition the Commission on Human Rights and Administrative Justice (CHRAJ) and President Akufo Addo to be reinstated.

But speaking to Citi FM, on Monday March 11, spokesperson for the workers Raymond Adai Dankwa said: "first of all to have a mediation with GCB, So after the mediation with management we will know our next line of action because it could be that at the meeting issues will be thrashed out, so for us we just want to give them the benefit of the doubt and wait for them to communicate to us as to when the meeting will come on, once that is done we will know the next line of action, there is nothing like termination of contract without a reason when you go to the labour law you cannot terminate the appointment of an employee who has been confirmed without a reason."