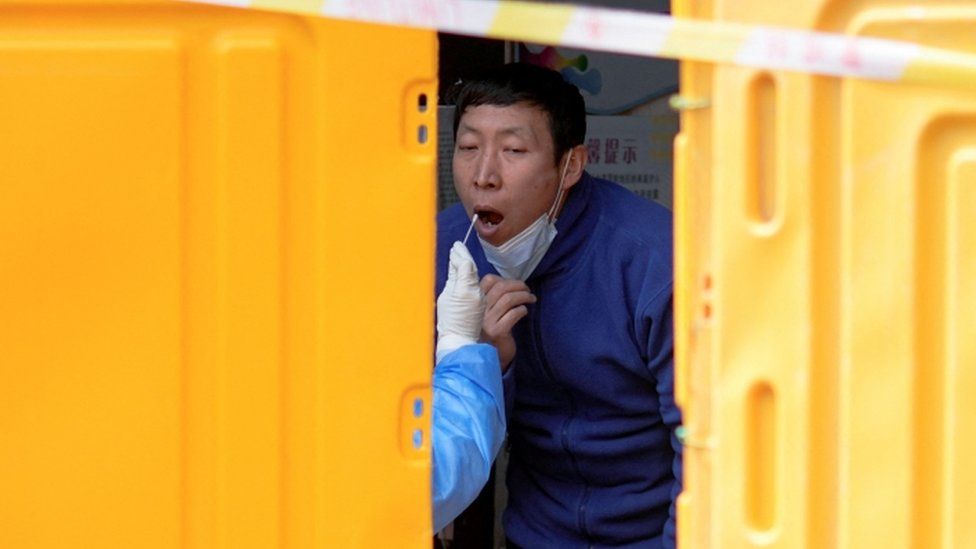 Global oil prices have fallen as China starts to implement a city-wide lockdown in Shanghai, an important financial and manufacturing hub.

Brent crude lost more than $4 a barrel on concerns that the move would mean that demand for oil will fall.

The Shanghai Composite stock index fell in early trade before regaining most of the losses later in the morning.

The lockdown, which began on Monday, is China's largest since the coronavirus outbreak began more than two years ago.

The futures contract for Brent crude - an international benchmark for oil prices - was down by 3.8% at $116.

Despite the fall, oil remains almost 80% higher than it was a year ago after the war in Ukraine helped to drive up prices.

'Tip of the iceberg'
Mr Innes also said in a note to investors that there were expectations of further supply chain disruptions as well as a fall in demand.

"We might be only dealing with the tip of the iceberg," he said.

Meanwhile, the Shanghai Composite stock index opened lower on Monday before rebounding to trade down by just 0.16% in Asia afternoon trade.

Until now, Chinese authorities had resisted locking down the city of almost 25 million people to avoid destabilising the world's second largest economy.

The city will be locked down in two stages over nine days while authorities carry out Covid-19 testing.

The key financial centre has battled a new wave of infections for nearly a month, although case numbers are not high by some international standards.

It comes after lockdowns in China affected tens of millions of people across the country earlier this month, including the entire Jilin province and the technology hub of Shenzhen.

Shanghai's public transport has been suspended and firms and factories in the city have been ordered to halt operations or work remotely.

The lockdown will take place in two stages, starting on Monday with the eastern side of Shanghai, which includes the city's financial centre.

From Friday, the western side of Shanghai is scheduled to go into lockdown.

This staggered approach means that half of the city will be able to remain open.

Some businesses had already stopped operating in Shanghai, which has been battling a new wave of Covid infections for nearly a month.

"We will continue to monitor the pandemic situation and consult local authorities, and will notify guests as soon as we have a confirmed date to resume operations," it said.