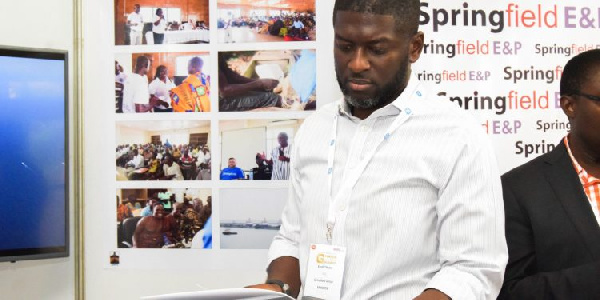 A Ghanaian Independent energy firm, Springfield Exploration and Production Limited (SEP), has discovered more than 1.2 billion barrels of oil in its deepwater drilling off the coast in the Western region.

An official announcement is expected to be made in the coming days, authorities have said.

The Chief Executive Officer of Springfield, Mr Kevin Okyere, said in a Financial Times report that: “This is great news for Springfield, Ghana and Africa. We are excited about the discovery as it ties into our vision of becoming a leading African upstream player with a global focus. This, for us, means increased opportunities to impact the lives of our people positively with the resources.”

According to him, the feat puts to rest doubts people had about his company. SEP has one of the world’s largest seismic vessel in Ghana which is being used to undertake research.

Springfield had drilled two wells in the past 40 days and made discoveries in both, according to Citinewsroom. According to the company, out of the 1.2bn in proven reserves, 30-35 percent would be recoverable in addition to commercially viable quantities of gas.

Springfield Exploration and Production Limited was incorporated in March 2008 to pursue exploration and production opportunities in Ghana and the West African sub-region. The process of acquiring a block began in 2012, but this was finally awarded by the government of Ghana in March 2016.

From 2016 until now, the company has been building capacity for both upstream and downstream operations with a significant mix of experienced international industry practitioners working alongside their Ghanaian counterparts.