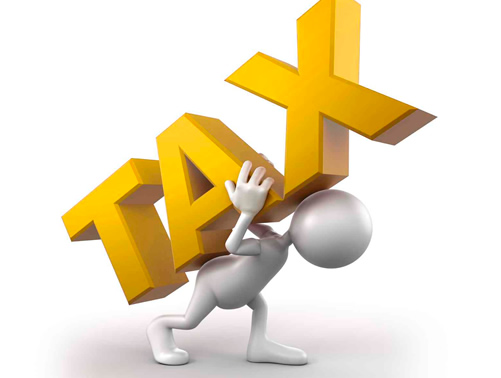 According to tax experts, one-fifth of the tax waivers could have provided 10,378 new classrooms or employed 78,254 additional teachers for the country.

While a total of $500 million tax waivers was granted to the private sector alone in 2018, an additional $400 million was granted between 2019 and 2020, available data has shown.

The figure covers waivers on customs and import duties, which constitute only a fraction of the total tax incentives granted in a year, excluding those on government institutions or goods.

These were made known in Accra yesterday at the dissemination of the findings of a study conducted between 2018 and 2020 to ascertain how tax incentives are depriving government of the resources needed to improve the quality of education in Ghana.

ActionAid Ghana (AAG), a non-governmental organisation, conducted the study, titled “Tax Incentives. What Tax incentives can do for basic Education in Ghana,” in collaboration with the Tax Justice Coalition-Ghana, an advocacy group.

Presenting the findings, a Policy Analyst at the Integrated Social Development Centre (ISODEC), Mr Bernard Anaba, said the research team thoroughly examined a slew of parliamentary hansards between January 2018 and February 2019 to arrive at the $901 million figure.

He emphasised that the study did not suggest that granting tax incentives to organisations was a bad practice, but sought to highlight the enormous revenue Ghana could rake in if it paid critical attention the current tax exemption regime.

"The findings of the study give a clear reason to government to review the current tax exemption regime because we cannot continue on this path whiles the country records continuous revenue shortfalls at the detriment of the ordinary Ghanaian,” Mr Anaba said.

He called for the passage of the Tax Exemptions Bill “as soon as possible” to help regulate the sector “so that the arbitrary incentives that we give out would be reduced.”

The study also revealed that although Ghana had made significant investments in the education sector, the country had over the years failed to dedicate at least 20 per cent of its national budget allocations to education financing as recommended by the Global Partnerships for Education (GPE).

According to Mr Anaba, the practice continued to hamper a total realisation of Free Compulsory Universal Basic Education (FCUBE) and Goal Four of the Sustainable Development Goals (SDGs).

“Just 20 per cent of the $901 million potential revenues lost to tax incentives could provide extra 950,527 places for pupils in school or more school infrastructure with the potential of 10,378 classrooms for pupils in Ghana,” he said.

The report recommended among others that VAT exemptions “should be more effectively targeted to lower-income households or to sectors that generate positive social or economic externalities.”

It also recommended that all tax exemption applications should be thoroughly scrutinised by the respective authorities to ensure that the right incentives were granted to prevent illicit deals.

The Country Director of ActionAid Ghana, Mr Sumaila Abdul-Rahman, urged civil society organisations in the country to strengthen citizens’ engagement on the issue and rally the general public for immediate action “against this worrying phenomenon.”

“We need to embark on a citizens-led advocacy. If we continue with business as usual and go to bed after this report, the situation will linger and we will not do our country any good,” he said.

For her part, the Executive Director of International Child Development Programme, Mrs Joyce Larnyoh, appealed to the media to join the advocacy and engage policy makers on the issue.