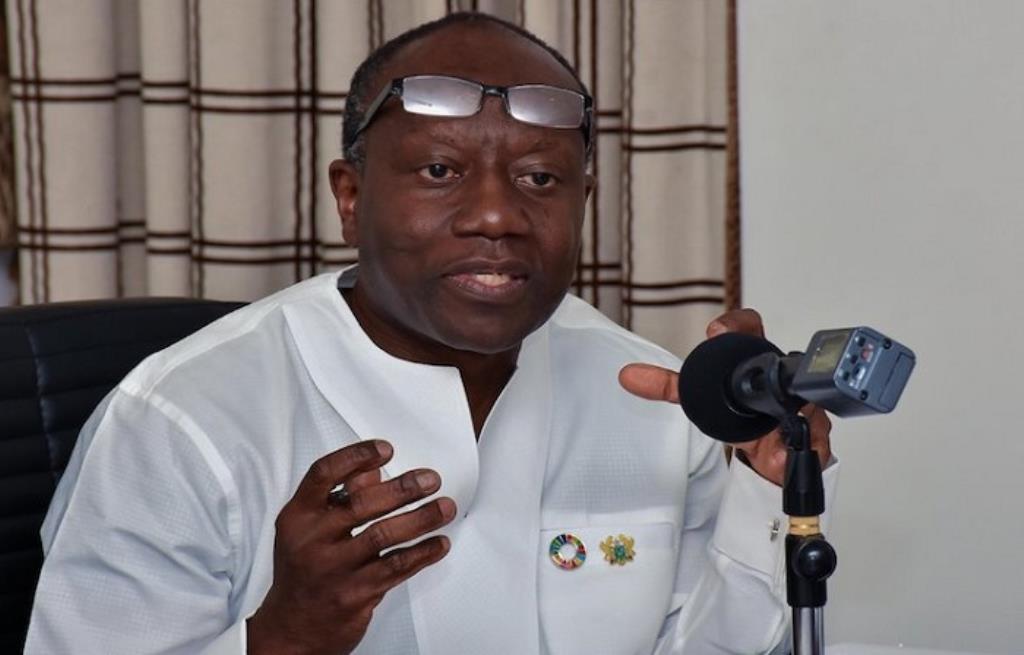 Finance for Minister Ken Ofori-Atta says the Ghanaian economy will take three years to recover from theÂ impact of the Covid-19 pandemic.

The Minister in an articleÂ published in the Financial Times saidÂ â€œA U-shaped recovery is touted, but ours will likely be a steep drop, then a two- to three-year downward slide before a recovery; a trapezoid-shaped recovery!.â€ Â

According to him, debt aid by lenders such as the World Bank and International Monetary Fund (IMF) is imperative for any recovery programme.

The Finance Ministerâ€™s recovery timeframe follows a similar projection by Osei Kyei-Mensah-Bonsu, Majority Leader in Ghanaâ€™s 275-member legislature, that the impact of COVID-19 on the economy â€œwill take about two years to address.â€

Loss of domestic tax revenue and eroding of macroeconomic gains made over the past three years, following the worldwide spread of COVID-19, has left Ghana, as well as many African economies, in a precarious situation.

Many countries on the continent have depleted their reserves and turned to the Bretton Woods institutions for financial support to contain and fight the respiratory illness.

The IMF last week approved a US$1 billion emergency loan, the highest granted to an African country so far, to aid Ghana fight the effects of the pandemic.

Despite this, the countryâ€™s debt level further threatens an already fragile socio-economic situation. Mr. Ofori-Atta notes that though the government has lost more than US$1 billion in revenue since the outbreak, it still has an obligation to service its debts.

The countryâ€™s overall fiscal deficit is projected to decline to 9.5 percent of GDP in 2020, based on data submitted to the IMF inclusive of financial and energy sector costs. The debt-to-GDP ratio, excluding ESLA bonds, is also expected to increase to about 67 percent in 2020.

Former British Prime Minister Gordon Brown has backed the call for debt relief as it is the â€œmost effective pandemic aid.â€ He has advocated for a waiving of upcoming debt payments by the 76 low- and lower-middle-income countries.

â€œIt would be a tragedy and a travesty if stepped-up global financial support for developing countries ended up helping those countriesâ€™ creditors rather than their citizens. National debts incurred before the crisis must be at the top of the international financial agenda. We should agree now that once we have clarity on the economic fallout of the crisis, we will pursue the kind of systemic approach required to restore debt sustainability in a number of emerging-market and developing countries while safeguarding their prospects for attracting new investment.â€

Mr. Brown, writing in an article co-authored with Prof. Lawrence H. Summers, a former President of Harvard University, and published by this newspaperâ€™s partner, Project Syndicate, said: â€œThe current proposal is that creditor countries would offer a six- or nine-month standstill on bilateral debt repayment, at a cost of US$9-13 billion.

But this proposal is constricted both in its time frame and the range of creditors included. We propose relieving over US$35 billion due to official bilateral creditors over this year and next because the crisis will not be resolved in six months and governments need to be able to plan their spending with some certainty.â€