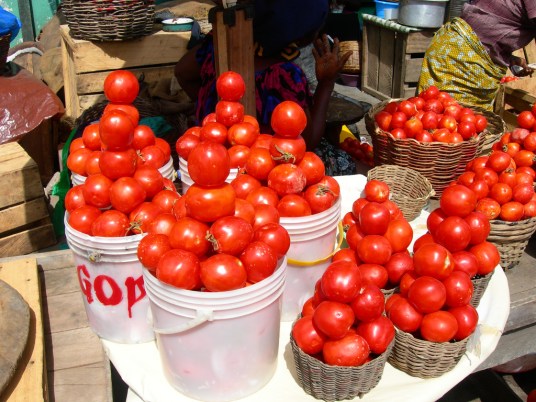 Ghana might soon be experiencing a shortage of tomatoes and a jump in the price of the commodity, as a result of an ongoing indefinite strike by the tomato transporters association.

The strike, which began on Sunday, February 7, 2021, according to the Association, is due to the silence of the Ministry of Food and Agriculture and other authorities on robbery attacks on their members on the various routes when going in for the produce from Burkina Faso as well as when returning to their various depots.

According to the group, seven of its members have been robbed and shot in less than three weeks while returning from Burkina Faso, leading to the death of two of the drivers.

It is for this reason that they have decided to embark on the strike action since efforts to alert the authorities have proved futile.

The National Chairman for the Ghana National Tomato Traders and Transporters’ Association, Eric Osei Tuffuor stressed that till their issues are addressed, they will not go for tomatoes for the country.

“We’ve done so many press conferences and we are waiting for a response. If that is not done, we’ve taken a decision to park our vehicles. Tomatoes will never come to our country. We’ve started it and every Ghanaian will see it because there will be a shortage of tomato in our local market. Anyone who will be found crossing the border with a truck of tomatoes will be punished by the Association.”

“Unless we hear from the appropriate leaders. The only thing that we want is protection. The authorities need to protect us. We need police assistance. We’ve written letters to the authorities and its up to them to contact us so we sit down and find solutions to our problems,” he exclaimed.