Toshiba shares falls at an historic rate: where is the weak link? 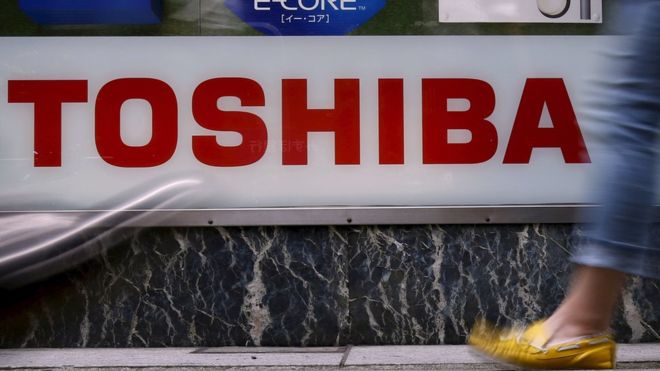 When the Japanese industrial conglomerate sunk in $5.4 billion dollars to win a highly competitive bid for the US Electric company, Westinghouse, top investment analyst round the globe raised concerns over the viability of this enterprise as regards its nuclear energy development. However, the deed was done and now Toshiba have had more than 40% of its value wiped off since 26 December.

The development comes after the firm's chairman apologized and warned that its US nuclear business may be worth less than the company’s anticipated potential.

The industrial giant shares plummeted at about 26% at one stage in Tokyo, but recovered some of those loses to close 17% lower. Toshiba stocks had already lost 20% on Wednesday and 12% on Tuesday. Toshiba is largely famous for its electrical products but it is a highly-diversified conglomerate. This latest heat stem from its nuclear services business which ropes in about a third of its revenue. The company disclosed yesterday that it faced a possible heavy one-off loss, linked to a deal done by its US subsidiary, Westinghouse Electric.

Westinghouse bought a nuclear construction and services business from Chicago Bridge & Iron in 2015. But assets they took over are likely to be worth less than initial expectations - and there is also speculation about payments that are due. It further disclosed this week "inefficiencies" in the labor force at CB&I, along with other factors driving up costs. The size of the write-down is not likely to be ascertained until February, but is expected to amount to billions of dollars.

Shares value have dropped mainly because of investors selling up because of the unease they feel about the company’s position at the moment. That uncertainty saw ratings agencies including Moody's and S&P cut their ratings on Toshiba's credit, making it more expensive for the firm to borrow money.

A lower share price also reduces the amount of cash that can be recovered by selling shares. Hence, it is left with only the banks for support or selling off parts of the business if it needs to raise funds. Toshiba recently sold its medical subsidiary - which had been doing well - to rival Canon.

And clearly for investors who have hanged on to Toshiba shares, they are now worth obviously less than they were just a few days ago, Longer term though, Toshiba shares had been doing very well in 2016. Until 26 December it was the second biggest gainer on the Nikkei 225 index for the year - adding more than 70%. Recent days though mean those annual gains have been pared to about 5%. However, some still argue that this might just be the right time to buy in.