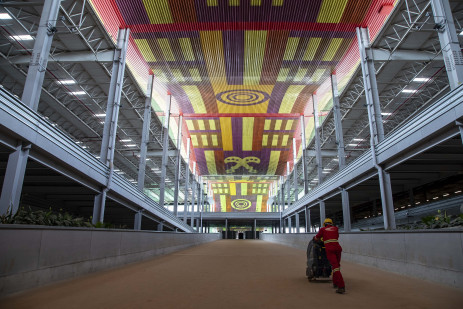 An exhibition exercise to allow traders who had successfully been validated to occupy stores at the newly-constructed Kejetia market to confirm their names is to open at the Centre for National Culture (CNC), Kumasi.

The exercise, being conducted this month, is part of preparations towards the resettlement of the traders at the ultra-modern facility, following their relocation for the execution of the project about four years.

Mr. Osei Assibey-Antwi, Mayor of the Kumasi Metropolitan Assembly (KMA), and also in charge of the Kumasi City Market Limited, managers of the facility, said the exhibition was to enhance a transparent resettlement exercise.

Addressing a meeting in Kumasi, the Mayor stressed that a complaints’ desk would be set up during the exercise.

This is to help address the grievances of traders who might have any challenges in respect of the exhibition.

Other facilities include public transport terminal, banking facilities, police and fire stations, fuel and gas storage tanks, amongst others.

The second phase is due to start soon, and being financed by the Deutsche Bank of Germany, with export credit guarantee from the United Kingdom (UK) Export Finance.

Mr. Assibey-Antwi urged the traders to strive to cooperate with managers of the facility for a smooth exhibition exercise.