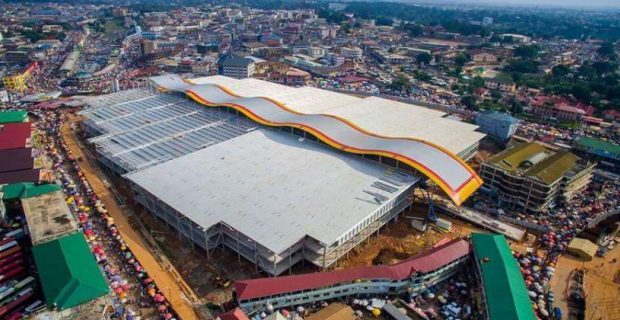 NADMO is yet to give the Kumasi Metropolitan Assembly (KMA), owners of the market, a certificate of operation.

Mr Eric Nana Agyemang Prempeh, the director -general of NADMO said this when he undertook a final tour of the project in Kumasi in the company of the Metropolitan Chief Executive of the KMA, Mr Osei Assibey Antwi; the Regional NADMO Coordinator, Mr Kwabena Senkyere, and some personnel of the Ghana National Fire Service.

He pointed out that the facilities in place were of international standard.

Mr Agyemang Prempeh noted the numerous exit points, the siting of police and fire posts, clinics, installation of security cameras, smoke detectors, the abundance of fire extinguishers and water hydrants and said that the new market met all the requirements for it to start operating.

READ ALSO: Kejetia Central Market project to be completed by end of August

He emphasized the need for the traders to be educated on the new additions to the market to ensure proper usage and said NADMO was prepared to partner the KMA to organise sensitisation workshops for the traders.

Mr Assibey Antwi said although the structure was ready for use, the police and the fire service were yet to conduct simulation exercises to see how prepared they were in ensuring security and safety at the new market.

He said the assembly had also had several engagements with the traders who plied their trade on the streets leading to the market and had given them time to move from the streets to their designated markets in the metropolis.