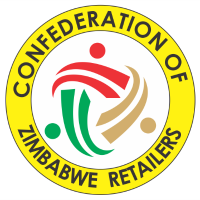 Retailers in Zimbabwe want the central bank to put a speedy end to foreign payment bottlenecks for suppliers of goods and commodities to shops in the country. This comes as shortages have started to emerge, owing to a foreign currency crunch.

Pick n Pay, in partnership with Zimbabweâ€™s TM Supermarkets and OK Zimbabwe, are the largest retailers in Zimbabwe. They compete against other medium-sized and smaller operators such as Botswanaâ€™s Choppies Supermarkets and locally-owned Food World.

The Zimbabwean retailers have been in a spin owing to foreign currency shortages afflicting the country as they have to source their stock mostly from South Africa, Mozambique and Zambia. This comes as Zimbabweâ€™s industry and manufacturing is still low, constrained by liquidity and other challenges.

â€œSoon we will be unable to supply imported lines of goods because the cash premiums are just unsustainable. They now range from 10% to as high as 35%,â€ Denford Mutashu, president of the Confederation of Zimbabwe Retailers, said during a meeting of retailers with Reserve Bank of Zimbabwe (RBZ) officials on Tuesday.

Apart from retailers, mining companies have also cautioned that the liquidity situation in Zimbabwe will hit suppliers hard owing to challenges in effecting transactions for imported products and spares.

The RBZ approves all international payments using a priority list. Alois Burutsa, an executive with the Zimbabwean retailer grouping, cautioned that â€œpayments have not been going through fast enough for both the manufacturing and retailingâ€ sectors.

â€œWe are afraid that shortages challenges have started to creep in driven by this,â€ he added.

Zimbabwe has recently failed to pay for electricity imports from South Africa and Mozambique on time while doctorsâ€™ grouping the Zimbabwe Medical Association has also pleaded with the central bank to prioritise payments for crucial drugs that had started to run out.

RBZ governor John Mangudya has blamed the foreign currency shortages on low production and externalisation of hard cash. The central bank has since introduced local bond notes to fight the shortages, as well as an export incentive on producers to encourage them to produce more.

Mangudya said on Tuesday that the RBZ has â€œput in place measuresâ€ to avert food shortages in the country.

However, retail executives say the situation will escalate in the next few weeks if payments are not made for key product lines, as current stock is already low.