Kim Kardashian West believes her son is ''cute'' because he looks just like her. The 'Keeping Up With The Kardashians' star recently welcomed her second child, a son, Saint, into the world and joked she was to thank for his cuteness.

Hollywood star Idris Elba has reportedly broken up with his long-term girlfriend Naiyana Garth and moved out of the house they shared.

The Luther star is reported to have taken up residence in a nearby flat in South West London in order to remain close to their 22-month-old Winston.

“It ended very recently and it’s too soon for her to talk about it," a source close to Ms Garth told The Sun.

“They’ve kept it very quiet so she’s surprised people know already.It’s very sad that this has happened while Idris is experiencing the highest points of his professional career and they can’t celebrate it with each other."

Elba, who shot to fame worldwide after his portrayal of “Stringer Bell” in The Wire, started dating the 28-year-old make-up artist in the summer of 2013, according to the newspaper.

Last month he won two awards at the Screen Actors Guild in Los Angeles, including being named as best actor for his titular role in the BBC crime series, Luther. Elba also picked up the award for best supporting actor in Cary Fukunaga's child soldier drama Beasts of No Nation.

Rumours have swirled over his relationship since the SAG awards ceremony, which attended with 13-year-old daughter Isan rather than Ms Garth.

After winning best actor for Beasts of No Nation at the British Film Awards on Sunday night, Elba name-checked a number of people in his acceptance speech, but not his girlfriend.

When asked if he was newly single, Elba replied: “That’s the media for you.”

The newspaper said a representative for Elba declined to comment when asked about his relationship status.

The report came days after Elba was spotted at a New York nightclub with supermodels Naomi Campbell. The pair was pictured leaving the 1 Oak nightclub together.

Elba and Campbell became friends in 2014 after the 43-year-old actor took part in Fashion For Relief charity event, MailOnline.co reported.

Radio and television personality, Berla Mundi, has revealed that she is still a virgin at 27.

Jimmy Jean-Louis to the rescue of Leila Djansi

Ghanaian international filmmaker, Leila Djansi has been receiving a lot of stick from folks in Nollywood this week over her comments about Nollywood having negative connotations similar to Adolf Hitler. 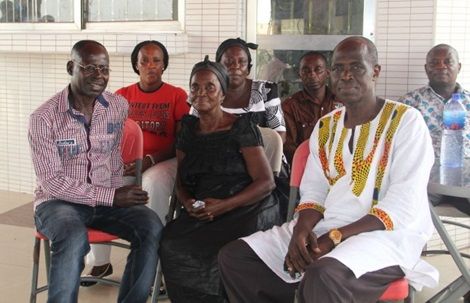 Madam Leticia Eshun, mother of Isaac Yeboah, who until his death was manager of ace musician Abrantie Amakye Dede, has expressed shock at calls on the musician to account for money made at the deceased’s funeral.

It appears the feud between TV and Radio Host Valentina Nana Agyeiwaa, popularly known as Afia Schwarzenegger and Assin North Member of Parliament, Kennedy Ohene Agyapong is not going to die down anytime soon.

An Italian actor has been declared brain dead after being strangled on stage when a hanging scene went wrong in the central region of Tuscany, a judicial source said on Friday.

Bet you didn’t know these international celebs have Ghanaian roots

You admire them. You watch their movies, and listen to their songs and follow them on social media platforms. But did you ever know they are, either full or half, Ghanaians? Well, read the details below.

Kwabena Kwabena set to thrill at F14 Concert on Feb 13

Entertainer Kwabena Kwabena is set to headline the third edition of the F14 Concert held to serenade couples and love partners. This year’s event is scheduled for Saturday, 13th February, 2016 at the Accra International Conference Centre.

Stonebwoy walked off stage during his performance at the launch of Ghana’s biggest youth brand Live 91.9 FM at the SilverStar Towers over the weekend.

I am for Mahama - Dumelo

Movie star, John Dumelo, has denied reports that he secretly met the flagbearer of the opposition New Patriotic Party (NPP), Nana Akufo-Addo, and offered to help him campaign ahead of the November 2016 elections.

Young Ghanaian rising actor, Abraham Attah, has received yet another award, this time the rising star award, from the Black Film Critics Circle.

Music producer and sound engineer, Appiah Dankwah, aka Appietus has dismissed public criticism directed at him for accepting the portfolio of Talent Discovery and Development Director, in the newly elected Musicians Union of Ghana (MUSIGA) administration headed by Bice Osei Tuffour aka Obour.

When tickets for this year’s Decemba to Rememba concert (#D2R2015) started running out around 11 am on Thursday, it

The top Ghanaian songs of 2015

Answering this question is exciting and yet, never accurate.  There are the obvious danceables, and once this town thrives on danceables.

It looks like 'selfie-queen' Kim Kardashian West is not just taking selfies just for self promotion but she is actually making money from it.

The young must grow, it is the way of nature and movie star Abraham Attah has sought to tell the world he is aging and blossoming into a fine young man with a six pack tummy, broadening chest and all.

Film stars John Dumelo and Yvonne Nelson have smoked or rather kissed the peace pipe after their public fallout thanks to different political inclinations. 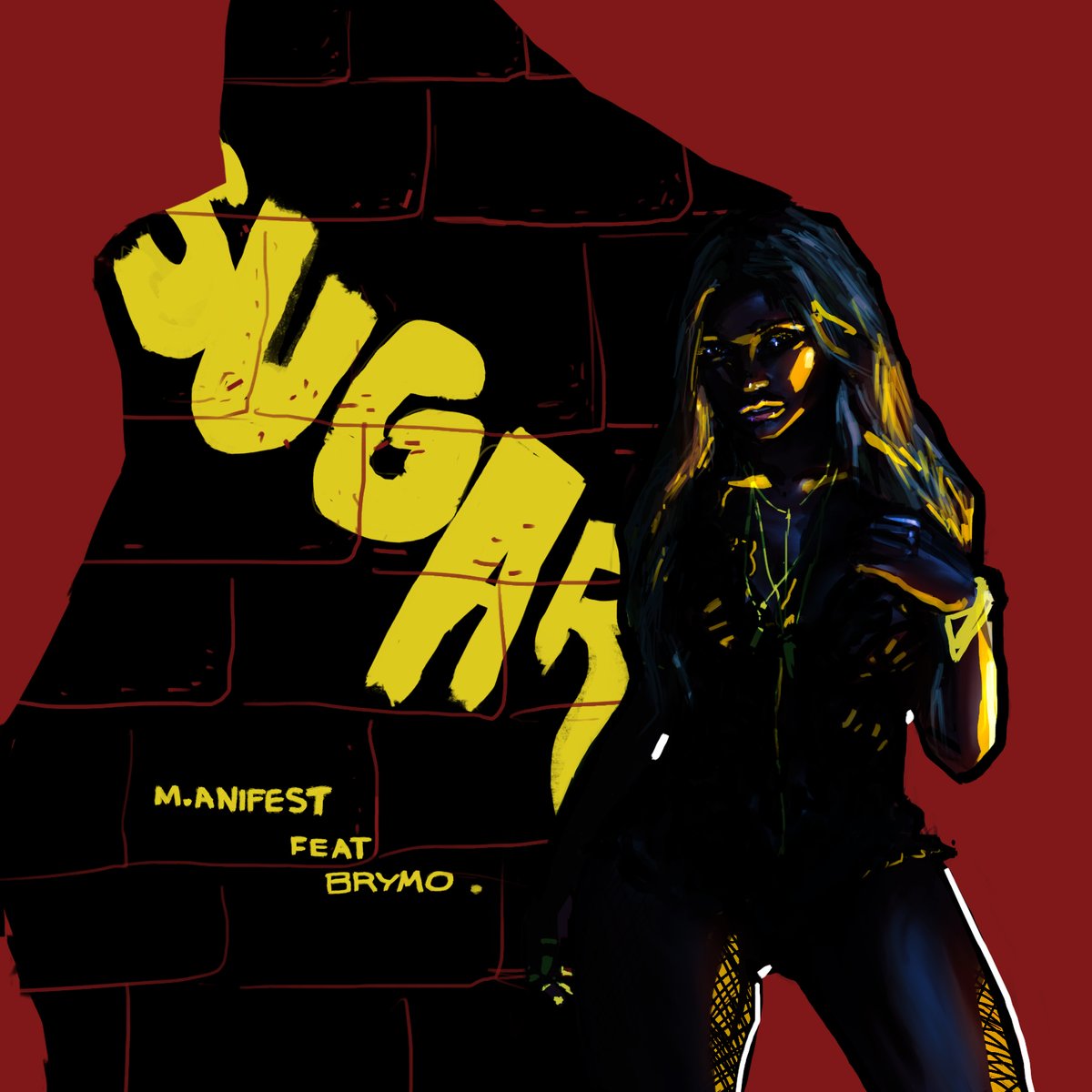 His poetry and rap gift has always been there but there is little doubt that M.anifest since his #godMC song has cultivated for himself hardcore fans who now claim him and now set out to promote and project his offerings. 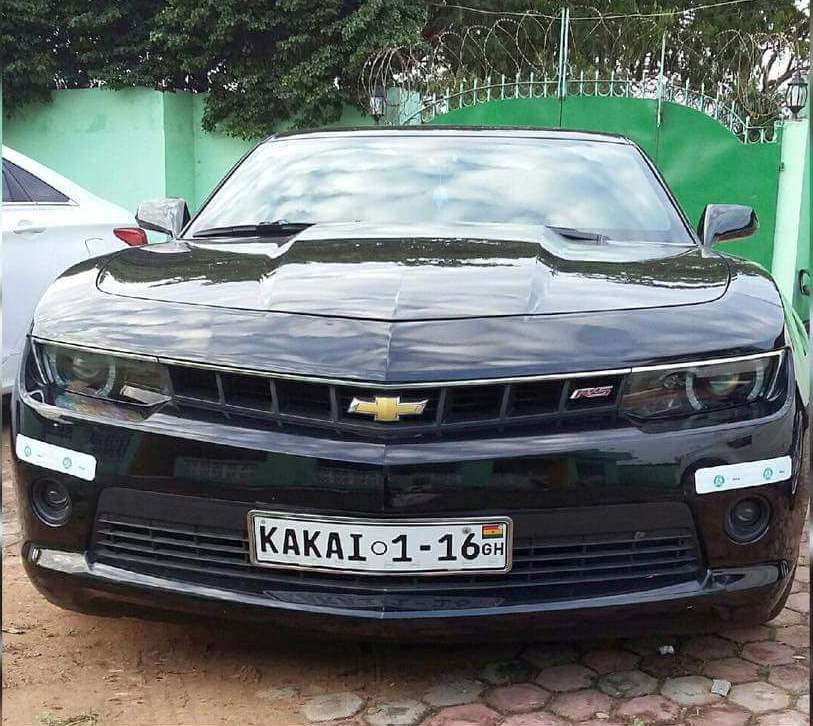 Dancehall notable, Shatta Wale has informed show host Delay that he has grown to observe and appreciate the inner workings of the business side of doing music which many have ignored or underrated. 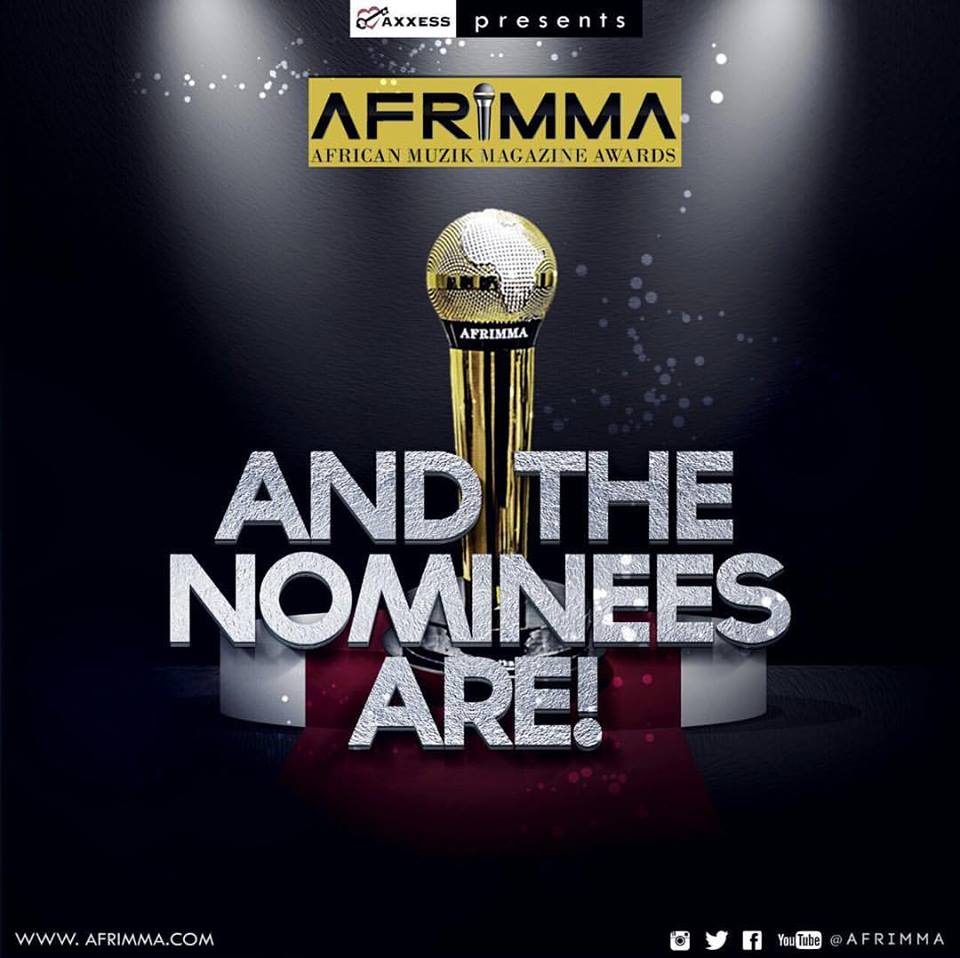 After a lull in Ghanaian acts getting nominations in continental and European award schemes, a strong Ghanaian force has made it into 2016’s AFRIMMA list. 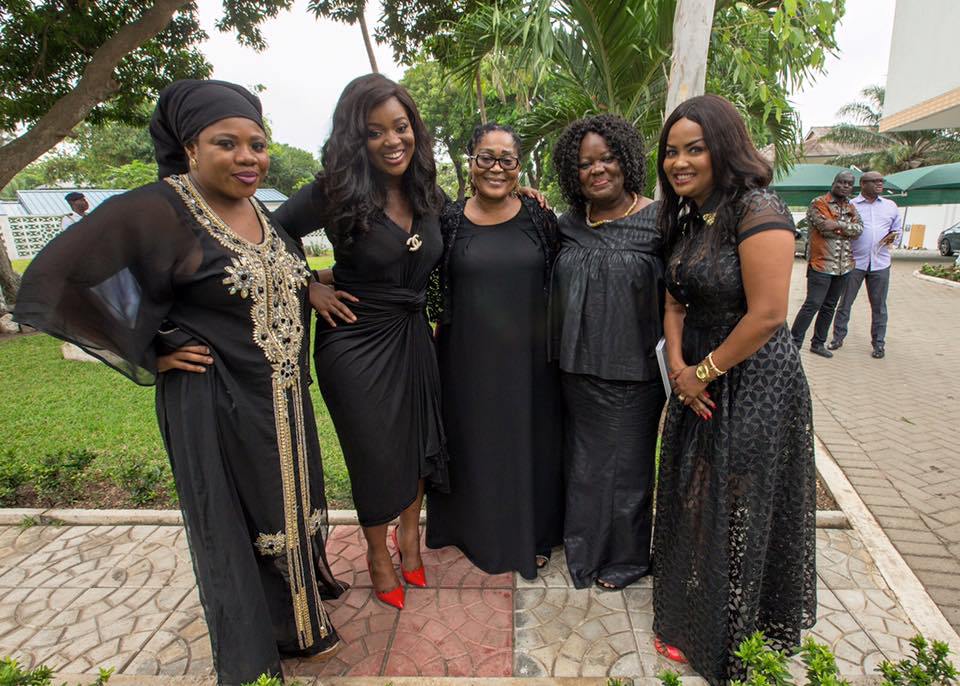 Film stars, producers and TV personalities have called on president Mahama to commiserate with him on the passing of his mum Hajia Abiba Nnaba. 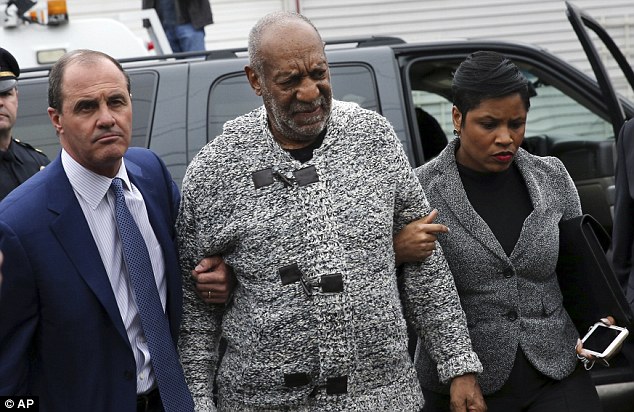 Bill Cosby’s eyes failing him, wife last ally with him

Bill Cosby is now “completely blind,” said a well-placed source, who added that the embattled comic is “in his own personal hell.” 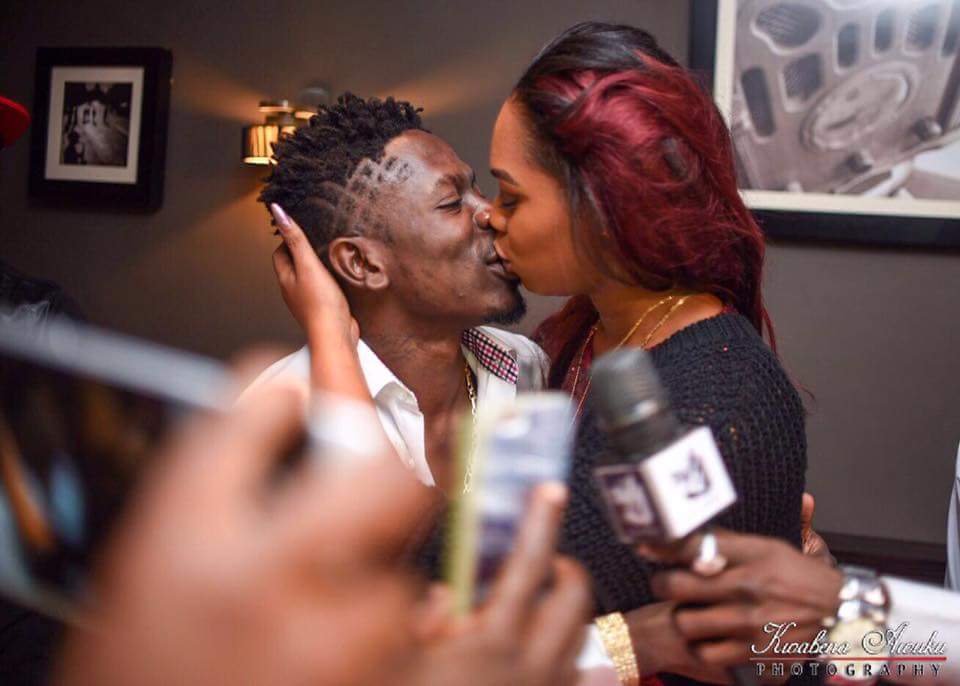 I have flings with other ladies but Michy forgives - Shatta Wale

It’s quite apparent that lovers or partner’s even couples adopt varied methods to sustain the life of their unions.

My husband has been amazing - Tonto Dike

Nollywood actress, Tonto Dike Churchill at the moment is playing one of the biggest roles of her life. She is playing the role of a wife and a mother.

Wiyaala will be repping Ghana in more ways than one when to she gets to the Womad International Arts Festival in the UK next Friday 29th July. Not only will she perform with her band at 9.30pm on the Ecotricity Stage, but the uber talented songstress from the Upper West Region will also cook a traditional Ghanaian dish for festival goers at Womad’s Taste the World Stage earlier in the day.

Dumelo says glad on good terms with Nelson, set to star in her movie

They had a public fall out last year and the reconciliation of actors and longtime BFFS (Best Friend Forever), John Dumelo and Yvonne Nelson has become a trending topic on both traditional and social media for the past two weeks.